"Nothing justifies such terror,” German chancellors’ spokesman Steffen Seibert Friday said in a statement issued by Merkel as Hamas fired rockets at Israel. 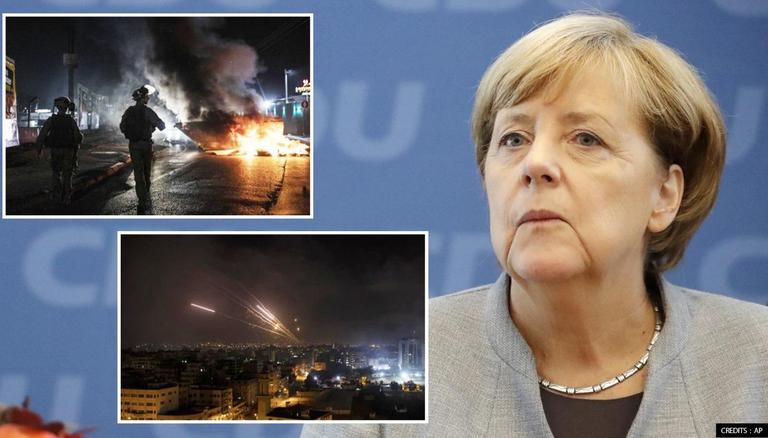 
Germany on Friday “fiercely” condemned the rocket attacks launched by Palestinian militant group Hamas towards Israel from Gaza. Chancellor Angela Merkel said that the offensives launched by Iran-backed Hamas are “terrorist attacks,” as she outlined Israel’s right to defend its sovereignty and self-defence. "Nothing justifies such terror,” German chancellors’  spokesman Steffen Seibert, on Friday, said in a statement issued by Merkel. German foreign ministry meanwhile stressed that Israel's security is of utmost importance to Germany, local broadcaster DW reported. "The goal is to end the violence as quickly as possible," the German foreign ministry spokesman said. "For this [to happen], it is necessary that the rocket fire against Israel is stopped immediately,” he added. 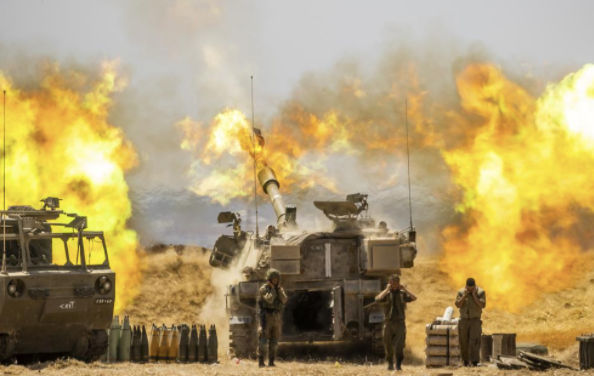 Seibert also harshly condemned the anti-Semitic demonstrations across Germany saying that "anyone who uses such protests to scream their hatred of Jews is abusing the right to demonstrate.” In the footage that was aired on social media, several groups of demonstrators protested against the Jewish-majority state, waving the Palestinian and Turkish flags and shouting anti-semitic slogans against the Jews.

Early on Friday, Israel launched a military offensive against Hamas in the Gaza Strip. Israeli security forces neutralized as many as 10 top Hamas military figures, along with a pair of high-rise towers housing Hamas facilities in airstrikes, according to the on-ground Israeli and international press reports. The conflict, which has simmered to one of the worst Jewish-Arab violence in decades, witnessed aerial bombing, dozens of targets on each Gaza and Israel side that resulted in loud explosion for several minutes, rattling and crumbling the skyscrapers on Friday.

READ | Russia, UN call for peace between Israel and Palestine, back two-state solution

“There is nowhere to run. There is nowhere to hide,” the Associated Press quoted Zeyad Khattab, a 44-year-old resident who fled with a dozen other relatives to a home in central Gaza after bombs rained on his apartment building in Gaza City. Meanwhile, Gaza militant group Hamas continued to bombard rocket fires inside of Israel throughout the day. The military sirens went off resonating in northern Israel’s Emek area, or Jezreel Valley, as rockets destroyed property crushing the apartment towers in the Tel Aviv suburb of Petah Tikva.