At least two drones were intercepted and shot down by air defences at a military base that houses US forces near Baghdad airport in Iraq. 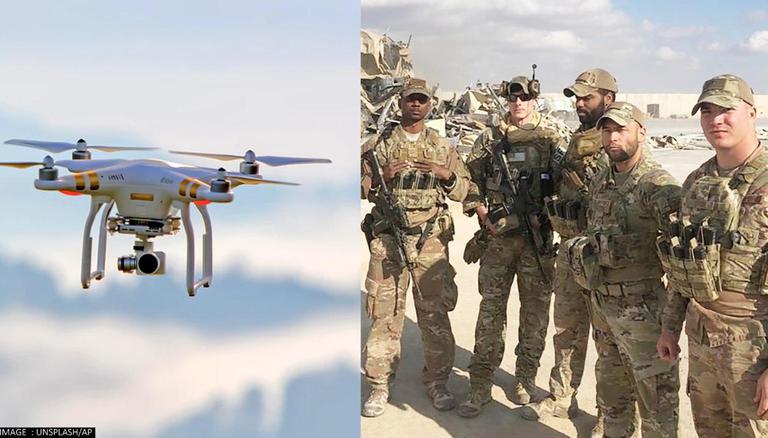 
On Monday, at least two drones were intercepted and shot down by air defences at a military base that houses US forces near Baghdad airport in Iraq, Sputnik reported citing security sources. As per the report, they were shot down by a counter-missile system and no casualties were reported. The incidents occurred as Iran and its allies in Iraq marked the second anniversary of Iranian commander Qassem Soleimani's assassination.

On January 3, 2020, a US drone strike in Baghdad killed Qasem Soleimani, the leader of the Iranian Revolutionary Guard's elite Quds Force. According to Iranian military officials, the lethal drone attack involved both US and Israeli personnel. Last month, a senior US administration official stated that the US was preparing for an attack on its forces in Iraq in connection with the second anniversary of Soleimani's killing. The US also announced last month that its active combat mission in Iraq has finished, with roughly 2,500 American forces remaining in the country to "advise, assist, and enable," reported Sputnik.

On Friday, December 31, protesters had gathered outside the Green Zone in Baghdad, which encompasses the US Embassy compound, to pay tribute to Soleimani. Demonstrators made a model of the US Embassy, spray-painted it with graffiti, then set it ablaze while waving Iraqi flags. In addition, they also gathered to pay tribute to Abu Mahdi al-Muhandis, an Iraqi anti-Daesh commander killed along with Soleimani, as per Sputnik.

It is pertinent to mention here that the late Abu Mahdi al-Muhandis was a deputy commander of the Popular Mobilization Forces (PMF), and his assassination with Soleimani in January 2020 had outraged militia leaders. It had also prompted them to threaten that rocket attacks on US military bases would continue. Last week, the US Embassy in Baghdad issued an alert, citing heightened demonstration activity related to Iraqi election certification and the anniversary of Soleimani's assassination, reported Sputnik. The incident caused Iran to fire over a dozen ballistic missiles at two US bases in Iraq, injuring over 100 US troops and threatening war between Tehran and Washington. Iran has stated that it will continue to seek those responsible for Soleimani's killing, including former US President Donald Trump, who has been issued arrest warrants by Iranian and Iraqi authorities.

WE RECOMMEND
In Iraq, protestors burns model of US Embassy ahead of Soleimani's death anniversary
US removes Ethiopia, Mali and Guinea from AGOA trade pact over coups, rights abuses
Year after Capitol riot, Americans see violence as 'threat' to US democracy: Polls
US Defense Secy Austin tests positive for COVID-19 with mild symptoms; met Biden on Dec 21
Iraq: Warning sirens activated in Baghdad Green Zone of US embassy & diplomatic buildings