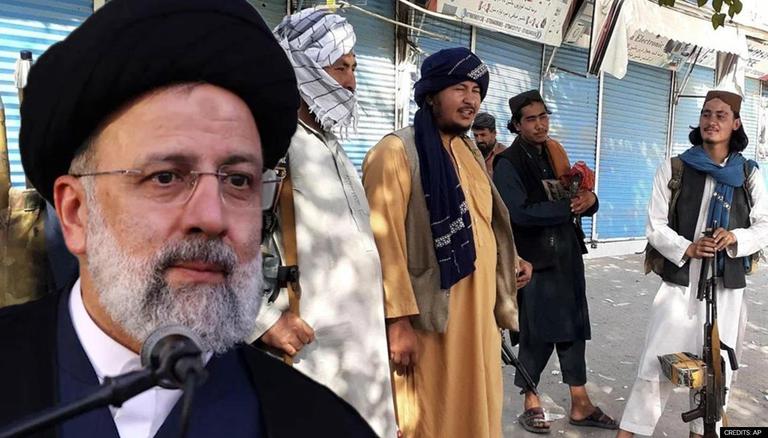 
As the Afghanistan Government surrendered after the Taliban's attack on the capital Kabul, Iran President Ebrahim Raisi said that his country would make efforts to bring stability to Afghanistan. He also said that US military "defeat" must be turned into an opportunity to revive sustainable peace in the country.

"The military defeat and pull out of the US from Afghanistan must be turned into an opportunity to revive life, security and sustainable peace in the country," Iran President Raisi said.

"Iran will make efforts for the stability of Afghanistan as today's first need, and as a neighbouring and brotherly country invites all groups to agree on a national consensus," Raisi said.

On Tuesday, the Taliban announced that "soon they will reach a settlement through which an Islamic government will be established in the country."

"Islamic Emirates of Afghanistan will not have any kind of animosity. We want to live peacefully and do not want any tussle with inside or outside forces," the group had said. However, the promise has been defied.

At least two people have died in separate anti-Taliban protests after the extremist group opened fire at them for hoisting Afghanistan National flag. Reports have suggested that multiple people were also injured in the incident.

A person was shot dead in Jalalabad for hoisting the Afghan flag, In another incident, a teenager, who also raised the national flag was shot on his head in the northern Nangarhar province's Kot district.

Ahmad Massoud has formed an anti-Taliban front with the support of Afghan caretaker President Amrullah Saleh. Saleh and warlord Abdul Rashid Dostum have also joined hands against the insurgents.

"Panjshir is the last bastion of democracy and freedom in Afghanistan and the resistance is led by Ahmad Massoud, the son if the late Commander Ahmad Shah Massoud. The resistance will continue until freedom is brought to all of Afghanistan’s people," Head of Foreign Relations for the National Resistance Front, Ali Nazary said on Wednesday.