In an event to mark the third anniversary of the downing of an airliner, Canadian PM Justin Trudeau lambasted the Iran, saying it disregards human life. 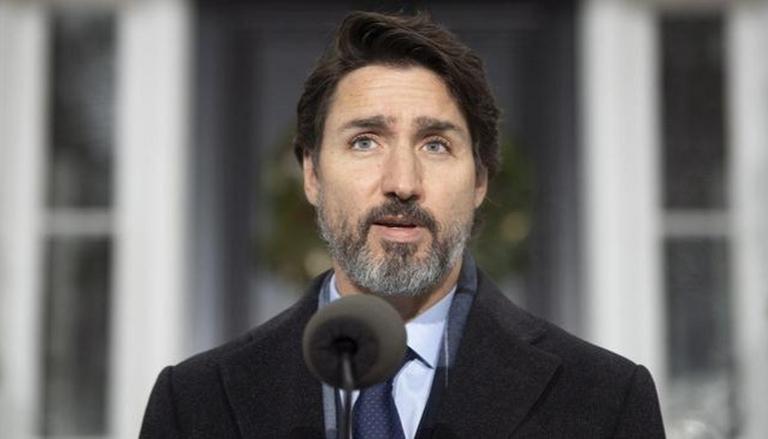 
In an event in North York, Ontario, to mark the third anniversary of the downing of Ukraine International Airlines Flight PS752, Canadian Prime Minister Justin Trudeau said, "The Islamic Republic is not representative and is not indicative of the extraordinary, wonderful, warm, beautiful people of Iran who deserve so much better.”

Fifty-five Canadian citizens and 30 permanent residents were among the 176 people killed on January 8, 2020, downing an aircraft by an Iranian surface-to-air missile.

"The Flight PS752 tragedy happened because of the Iranian regime's heinous disregard for human life... The Islamic Republic does not represent people of Iran who deserve so much better," said Trudeau. He noted that "finding justice" is a crucial part of mourning, adding, "Your grief has been compounded by their refusal to be held accountable."

Almost three years ago, Flight PS752 was shot down because of the Iranian regime’s complete disregard for human life. And when I spoke with the families of the victims today, I promised them we’ll continue to be relentless in our fight for truth, justice, and accountability.

He said Canada has "permanently and forever" banned leaders from Iran from taking safe haven in the country. "We will continue to stand and look for even more to do to ensure that this brutal, murderous regime is held fully to account."

Highlighting the current anti-government protests in Iran, he said, “The killing of Mahsa Amini shocked not only those in Iran but also the entire world,” adding that Canada stood by and supported the women of Iran, before concluding his speech by chanting the Iranian uprising's moto "Women, Life, Liberty" in Persian.

Hamed Esmaeilion, a Canada-based activist whose daughter and wife was killed in the incident and who serves as the spokesman for the families of Iranian victims of flight PS752, also delivered a speech during the event. He called on the Ottawa government to expel Farhad Parvaresh, the Islamic Republic's envoy to ICAO -- the UN's specialised agency for civil aviation headquartered in Montreal.

In Iran, the families of victims of the airliner gathered Sunday at the site of the crash, in Shahriar, southwest of the capital Tehran, while others protested at cemeteries in other cities including Saqqez in Kordestan Province, the Kurdish city of Mahahbad in West Azarbaijan province, and Bandar Anzali in the north to mark the anniversary of the tragedy reported Iran International.

The airliner was shot down by two air-defence missiles fired by the IRGC as it took off from Tehran’s Imam Khomeini International Airport. Hours earlier, the IRGC had fired more than a dozen missiles at Iraqi bases hosting US troops in retaliation for the killing of the IRGC Quds Force Commander Ghasem Soleimani who was targeted by a US drone strike just five days earlier. All 176 passengers and crew, including 63 Canadians and 10 from Sweden, as well as 82 Iranian citizens on the plane, died in the disaster.