h Karimi, deputy of Iran’s vice president for Women and Family Affairs, slammed the Western nations, saying that the unrest in Iran was “politically motivated." 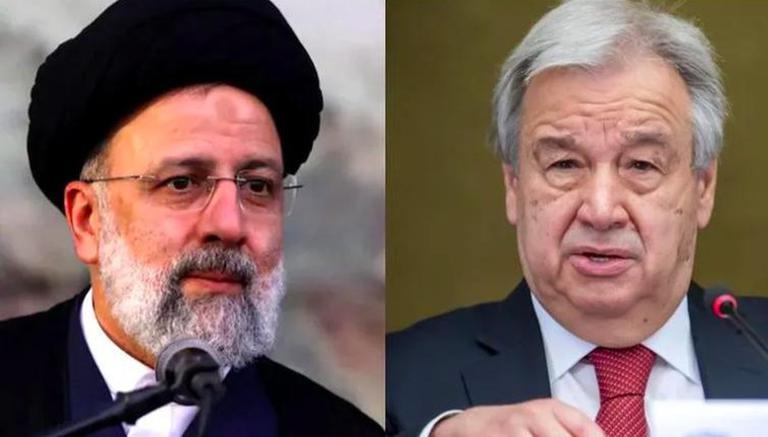 
Iranian envoy on Thursday defended the proliferating violence and crackdown against the anti-hijab protesters in a defiant tone as it blamed the West for "stoking" unrest within the Central Asian nation. Khadijeh Karimi, deputy of Iran’s vice president for Women and Family Affairs, slammed the Western nations, saying that the unrest in Iran was “politically motivated" and that the UN resolution was "political move of Germany to distort the situation of human rights in Iran.”

UN human rights chief called on the Iranian regime's violent and repressive measures against the demonstrating Iranians as "unacceptable." UN also called for setting up an independent fact-finding mission to investigate alleged Iranian abuses, mainly committed against women and children.

A resolution was brought by Germany and Iceland to hold Iran accountable for the human rights violations and violence against the protesters. It was backed by 25 countries, including the United States and many European, Latin American, Asian and African nations. China, India, Pakistan, Cuba, Eritrea, Venezuela, Armenia, and 15 others abstained from the vote.

READ | Iraq meeting on response to strikes by Iran, Turkey

At its 35th special session, the @UN Human Rights Council decided to create a new fact-finding mission to investigate "alleged #HumanRightsViolations in the Islamic Republic of #Iran related to the protests that began on 16 September 2022."#SS35 pic.twitter.com/d1wqPCC7fy

The protests across Iran were triggered by the death of the 22-year-old Kurdish-Iranian woman Mahsa Amini who was detained by Iran's morality police for her improper hijab. She died in police custody due to alleged torture. As the unrest gripped the Islamic Republic, the Iranian security forces forcibly detained hundreds of thousands of protesting women and men, many were allegedly died due to brutal torture in the detention facilities.

US Ambassador Michele Taylor applauded the result, saying: “Iranian officials will not be able to perpetrate this violent crackdown anonymously. The international community is watching.”

'A test of our courage': German Foreign Minister Annalena Baerbock

READ | Appeal to Iran at UNHRC to stop bloody crackdown

“The United Nations were founded to protect the sovereignty of every state, but a regime that uses this power to violate the rights of its own people is violating the values of our United Nations,” she wrote. “On many occasions, we have called upon Iran to respect these rights to stop the violent crackdown on protesters, the bloodshed, the arbitrary killing, the mass arrests, the death penalties,” Baerbock noted. “The only answer we received was more violence, more death," she continued to add.