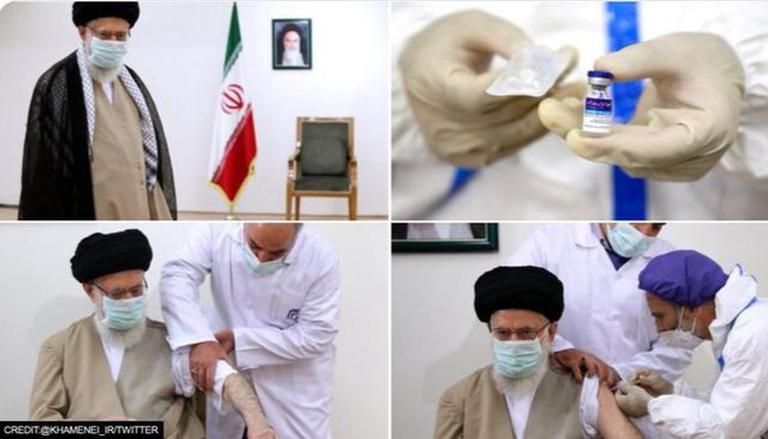 
Iran's supreme leader Ayatollah Ali Khamenei on Friday received the Iran-made coronavirus vaccine. Sharing the images from the vaccination centre as a doctor administered the jab to the Islamic republic’s leader to launch a vaccination drive for all the Iranians aged 80 and above, Khamenei lauded the efforts by scientists for coming up with a homegrown COVID vaccine . He had been persistent about taking a jab manufactured by the West and had insisted that he would only take homegrown vaccination, Iran’s state news agency FARS reported. On June 25, the leader took his first shot of the ‘COVIran Barekat’ vaccine on camera, manufactured by the Iranian pharmaceutical company Shifafarmed.

I am truly grateful to all those who used their knowledge & experience & made scientific & practical efforts to provide the country with such a great, prestigious capability, i.e. the #CovidVaccine.#ProudlyIranian pic.twitter.com/NzOgP1VoEW

In January, the Iranian leader had banned the import of the British and the US vaccines saying that it was “better to wait for the Iranian vaccine because we have to be proud of this national honour.” The Iranian pharmaceutical company Shifafarmed started the trials for the efficacy and safety of its experimental shot manufactured out of the deactivated virus in late December 2020.

The form published results stating that its two doses elicited a high level of SARS-CoV-2 specific neutralizing antibodies in mice, rabbits, and non-human primates. It added that the COVIran Barekat vaccine induces a “strong and potent immune response which may be a promising and feasible vaccine to protect against SARS-CoV2 infection.” Although no percentage of efficacy was listed and all preclinical trials were conducted on animals in what the Pharma firm described as a biosafety level-3 facility according to WHO guidelines. The company received the emergency use authorization last week.

Iran meanwhile claims that the vaccine which has no published data on the efficacy of humans shows about 85 percent immunity against the SARS-CoV-2 virus. The jab was approved as Iran has lately witnessed a surge in the COVID-19 cases and is being the worst hit in the middle eastern region. Health Ministry spokeswoman Sima Sadat Lari told a state conference that as many as 10,820 new confirmed cases of the infections were registered and the death toll significantly spiked to 115 in just 24 hours until Friday. Nearly 1,397 patients were hospitalised due to severe symptoms. Iran became the sixth country in the world after India, China, the UK, the US, and Russia to manufacture its own vaccine as the imports from the other countries were made difficult due to sanctions.