Israel's military said its prosecutor has filed indictments against two soldiers who allegedly hurled an explosive device at a Palestinian home in the occupied West Bank, a rare instance of Israeli troops facing serious charges over an offence against Palestinians. 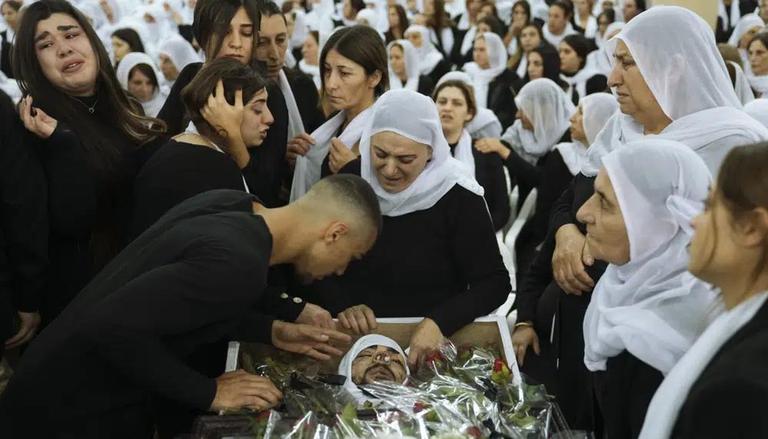 
Israel's military said its prosecutor has filed indictments against two soldiers who allegedly hurled an explosive device at a Palestinian home in the occupied West Bank, a rare instance of Israeli troops facing serious charges over an offence against Palestinians.

The court ordered the soldiers to remain in detention until a hearing next month. They were arrested on November 28.

The indictment said the two defendants acted out of revenge for the abduction of the body of an Israeli schoolboy in the flashpoint West Bank city of Jenin on November 22.

Palestinian militants in Jenin had snatched the body of 17-year-old Tiran Fero, a member of Israel's Druze Arab minority, from a local hospital where he was receiving treatment after a car crash. Fero's father accused the militants of removing his son from his life-support machine while he was still alive. The Israeli military had said he was already dead when the militants took him.

Amid the standoff over Fero's body, the two defendants — reportedly Druze soldiers — teamed up with another soldier to assemble an explosive device, the military said on Thursday.

The soldiers identified a Palestinian home near the West Bank city of Bethlehem as their target and lobbed stones at it. A few days later, they threw the explosive into the crowded house "with the intent of starting a fire in the home," the military added.

The extent of the damage or any casualties was unclear. There were no details about the targeted family in Palestinian media.

The military said it would issue an indictment against the third soldier in the coming days. The three soldiers were not named. The military did not immediately respond to the request for comment on the penalties they could face.

Such a swift military prosecution is highly unusual and underscored the seriousness of the case. Rights groups long have alleged that Israeli military investigations into the killings of Palestinians reflect a pattern of impunity.

Earlier this month, Israeli human rights group Yesh Din reported that Israeli soldiers accused of harming Palestinians in the occupied West Bank and Gaza Strip over the last five years have been indicted in less than 1 per cent of the 1,260 complaints against them.

Critics have repeatedly accused Israeli forces of using excessive firepower in the West Bank as violence in the occupied territory reaches its highest level in years. The Israeli military has conducted near-daily raids into Palestinian cities and towns, killing more than 150 Palestinians.

The Israeli army says most of the Palestinians killed have been militants. But stone-throwing youths protesting the incursions and others not involved in confrontations have also been killed.

Most of the Palestinians were killed during Israeli military raids and fighting in the northern West Bank cities of Jenin and Nablus. On Friday, the Israeli military entered Nablus to carry out an arrest of a wanted Palestinian, authorities in the city reported, sparking fierce clashes with Palestinian militants who shot at Israeli soldiers and hurled stones and explosive devices at Israeli vehicles. The streets were ablaze with gunfire and burning tires.

The Palestinian Health Ministry later reported that eight Palestinians were wounded by flying shrapnel from bullets.