The cross-border violence between the two countries entered the eighth day on Sunday as airstrikes between Israel and Gaza continued. 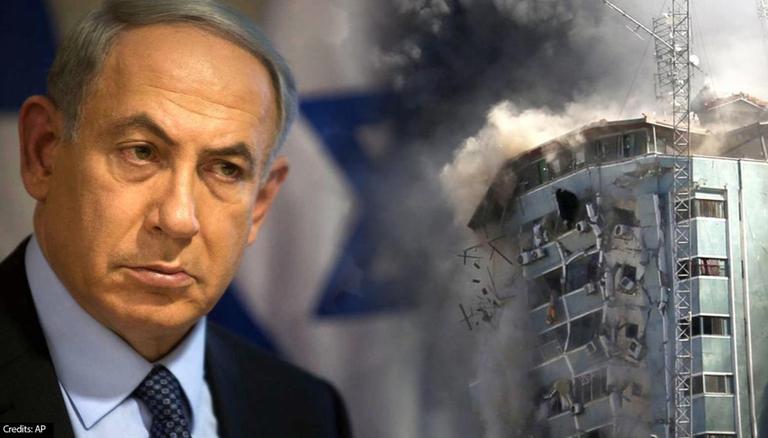 
An end to hostilities is not imminent, said Israel Prime Minister Benjamin Netanyahu as the death toll in Gaza city inched closer to 200 on Sunday. The cross-border violence between the two countries entered the eighth day on Sunday as airstrikes between Israel and Gaza continued, killing 42 Palestinians, injuring several others, and flattening at least three residential buildings. The attack on the buildings, which killed at least 26 people, is said to be the deadliest single attack since the onset of the tensions.

As per official figures of both the governments, at least 192 people including 58 children and 34 women, have been killed in the Gaza Strip while Israel has reported 10 dead, including 2 children.

Yesterday, in a crucial development, US President Joe Biden dialed both sides and discussed the violent outbreak with Netanyahu and Palestinian President Mahmoud Abbas separately. Biden's call came after Israeli Defense Force (IDF) brought down high-rise buildings in Gaza which houses several media outlets, including The Associated Press and the Al Jazeera office.

While speaking to Netanyahu, Biden reaffirmed his strong support for Israel’s right to defend itself against rocket attacks from Hamas. However, he also urged caution over civilian casualties and the need to protect journalists amid the violence. As per Palestinian news agency Wafa, Mahmoud Abbas stressed on the need to 'halt Israeli aggression' to Biden stating that he was working to reach a cease-fire.

Over the past week, the 15-member U.N. Security Council (UNSC) has met twice to discuss the escalating tensions between the two countries. Yesterday the UNSC held a virtual meeting calling for an immediate de-escalation of the conflict and inviting diplomats to bring a solution for the same. UN secretary-general António Guterres started the Security Council meeting by calling on both sides to allow mediation efforts saying, "The current hostilities are utterly appalling...The fighting must stop. It must stop immediately."