“The fighting has the potential to unleash an uncontainable security and humanitarian crisis and to foster extremism —in the region as whole," UN Chief warned. 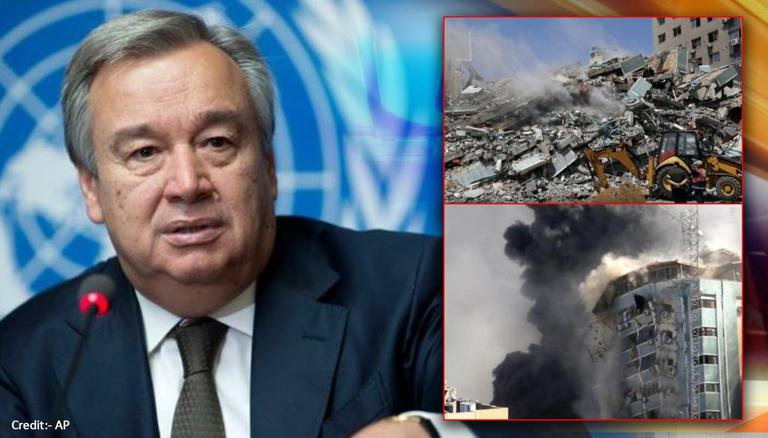 
Amid an upsurge of the military offensive between the Iran-backed terror group Hamas and the Israeli defense forces with dozens of airstrikes, and barrages of rockets bombardments falling on the Gaza strip, UN Secretary-General Antonio Guterres on Sunday called in an emergency Security Council meeting to discuss the status of the armed conflict. Guterres expressed shock at the mounting conflict casualties, as he asked warring sides to immediately end the hostilities. The UN chief warned the Security Council meeting that the armed conflict could plunge the Mideast region into an "uncontainable" crisis, due to heavy loss of property and human lives.

At a Live streamed meeting, the UN chief Guterres condemned the violence, heavy artillery shelling, and brutal aerial bombings that levelled infrastructure on both sides and caused war casualties which include women and children. The crisis, sparked by the civilian unrest in east Jerusalem last week over property feuds and legal evictions, has now one of the worst death tolls due to the heaviest exchanges of rocket fires, artillery in the worst fighting since 2014. 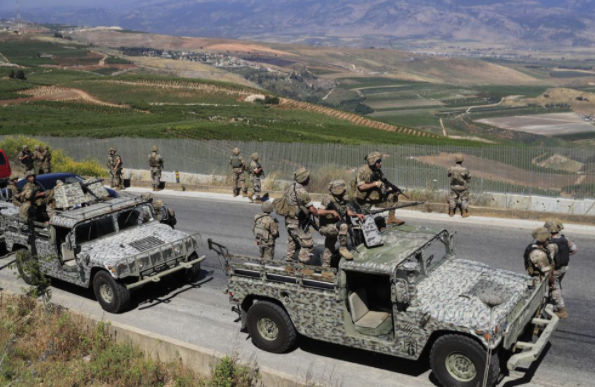 [Lebanese army soldiers deploy at the Lebanese side of the Lebanese-Israeli border in the southern village of Kfar Kila, Lebanon. Credit: Hussein Malla/AP File] 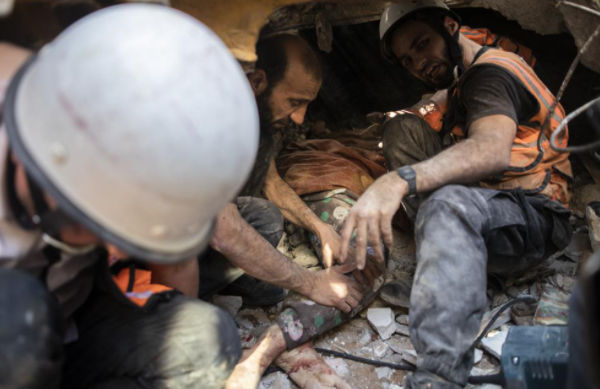 [Rescuers pull the body of a woman from under the rubble of a destroyed residential building following airstrikes. Credit: AP/File]

As the Israel Palestinian conflict flared into its seventh day, foreign ministers in the UN Security Council unequivocally asked both sides to immediately end the bloodshed, as they sounded alarm bells over the imminent potential for the violence to spill into the wider region. In his remarks, UN Secretary-General António Guterres described the violence in Israel and Palestine as “utterly appalling”.  He slammed, what he described, unconscionable deaths, immense suffering of civilians, and damage to vital infrastructure.

“The fighting has the potential to unleash an uncontainable security and humanitarian crisis and to foster extremism — not only in the Occupied Palestinian Territory and Israel but in the region as a whole, he stressed,” UN Chief Guterres said. “This senseless cycle of bloodshed, terror, and destruction must stop immediately,” he said.

“Fighting must stop,” UN chief Guterres stressed, adding that the United Nations was engaging on all sides towards an immediate ceasefire.

Guterres lambasted the heavy, nonstop shelling and firings from the Hamas' side that caused Israeli fatalities as rockets launched from Gaza entered populous cities. He condemned Palestinian civilian casualties inside Gaza from Israeli airstrikes, as he also expressed concerns about the violent clashes between Israeli security forces and Palestinians across the occupied West Bank, including East Jerusalem.

The current violence in Gaza & Israel only perpetuates the cycles of death, destruction & despair, and pushes farther to the horizon any hopes of coexistence & peace.

The @UN is actively engaging all sides towards an immediate ceasefire.

Guterres reiterated that the leaders on both sides had a responsibility to “curb inflammatory rhetoric” and prevent horrendous dimension to the conflict, as it now spilled inside the cities in form of mob lynching and violence between Jews and the Arabs.  UN called for all parties in the Mideast region to adhere to and respect international humanitarian laws and international human rights laws, as well as the status quo at the holy sites in Jerusalem.

Special Coordinator for the Middle East Peace Process, Tor Wennesland, condemned the deadliest escalation between Israeli military forces and Palestinian armed groups in Gaza in seven years, as dramatic scenes of violence emerged across the occupied West Bank, including East Jerusalem. He told the council that at least 177 Palestinians and 10 Israelis have been killed by Israeli airstrikes and Palestinian militant rockets.

Wennesland stressed that Palestinian militant faction Hamas has launched more than 2,900 indiscriminate rockets from Gaza towards Israel that attacked urban settlers in the outskirts of Jerusalem, Tel Aviv, and its suburbs, and reached as far as Ben Gurion airport. Gaza, meanwhile, he said, the humanitarian and security conditions were even direr with barrages of fire rocket and up to 950 airstrikes conducted by the Israeli defense forces.