An Israeli couple was arrested in Greece for allegedly attempting to board a flight back to Israel despite one of them testing positive for the COVID-19. 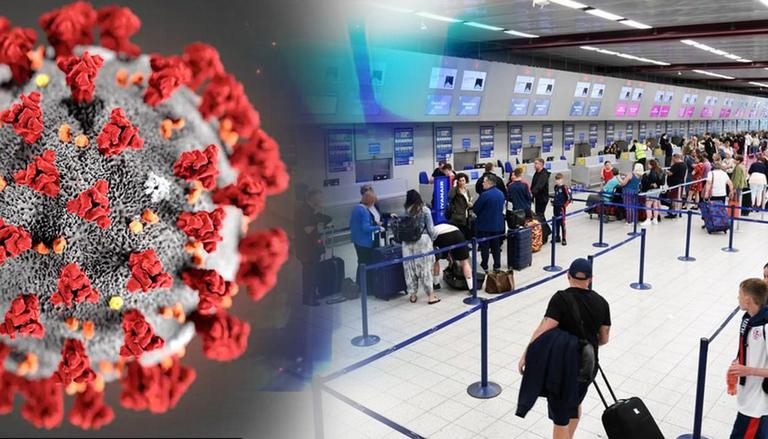 
On Monday, September 21, an Israeli couple was apprehended in Greece for allegedly attempting to board a flight back to Israel despite one of them testing positive for the COVID-19, reported The Times of Israel citing Ynet news site. The pair were arrested at the Heraklion International Airport on the Greek island of Crete.

According to the report, the two were detained and transferred to a quarantine hotel in handcuffs. However, the Foreign Ministry is yet to respond on the matter, the report stated. Israelis who have been vaccinated are allowed to enter Greece without having to do a coronavirus test but the rest of them must submit negative test results before entering the country.

According to a recent survey done by Israel's Ministry of Health, 11.2% of children who recovered from coronavirus infection suffered from long-term complications. The signs and symptoms ranged from impaired neurological or cognitive functions to sleep disturbances and concentration issues.

Notably, Israel was one of the first countries in the world to declare itself COVID-free in April and followed up with a booster vaccine injection when infection levels spiked, according to The Associated Press (AP). During the survey, Israeli authorities looked into the post-acute sequelae of COVID-19, also known as "long COVID", in children aged between 3 and 18. The sample involved a total of 13,834 children who had previously recovered from Acute Respiratory Infection. The result concluded that more than 11%  of all Israeli youngsters were at risk of long-term COVID.

Link between symptoms and 'long COVID'

The authorities involved in the survey also discovered a relationship between acute symptoms and long-term problems. They stated that 5.6% of symptomatic adolescents aged 12 to 18 had a lengthy COVID battle, compared to 3.5% of those who were asymptomatic when tested positive.

The Israeli government also revealed that the likelihood of long-term problems increases as a youngster grows older. The survey also noted that only 1.8% of children under 3-6 years of age experienced long-term symptoms, compared to 4.6% of children aged between 12 to 18, reported The AP. It should be mentioned here that Israeli officials, earlier this month, claimed that the country may be advancing toward herd immunity against the deadly coronavirus outbreak.

READ | Israel: Park volunteer dies while rescuing family of hikers who ran out of water