The US President spoke at length about the 'selfishness' of the American forces in a major verbal gaffe as he made references to the 9/11 twin tower attack. 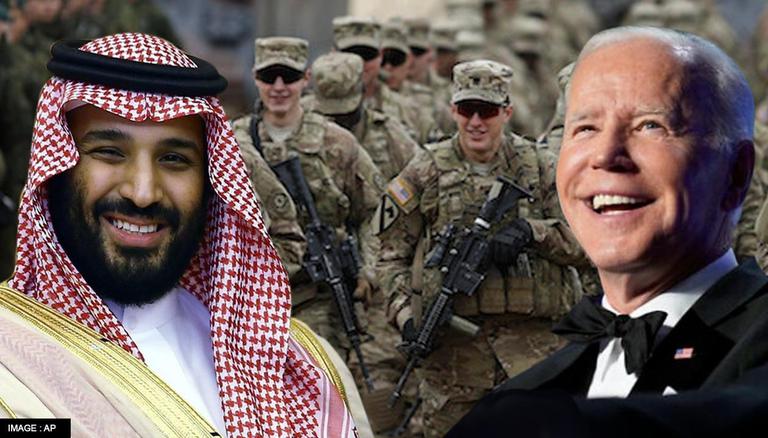 
In what would have been a baffling moment for the United States military personnel stationed in Saudi Arabia and other Gulf nations, President Joe Biden on Saturday accidentally lauded American soldiers' bravery and "selfishness" whilst on tour to the Middle East. At a conference in Saudi Arabia, the US President spoke at length about the 'selfishness' of the American forces in a major verbal gaffe as he made references to the 9/11 twin tower attack in America.

Biden, now not unfamiliar for his jumbled-up speeches, during the closing day of his trip to the Middle East said: "For the first time since 9/11, an American President is visiting this region without American troops being engaged in combat - in a combat mission in the region. We'll always honour the bravery and selfishness - selflessness.. selfish..ness of the Americans [troops] who served, including my son, Major Beau Biden who was stationed in Iraq for a year." Commander-in-Chief of the US forces, although, happened to rectify his mistake shortly substituting 'selfishness' with 'sacrifices' instead.

Biden was addressing the Gulf Cooperation Council in Jeddah, Saudi Arabia when he made the speech blunder.

Blinken shifts uncomfortably in his seat at Biden's latest gaffe

As he hailed the "selfishness" of the American troops, US Secretary of State Antony Blinken was spotted shifting uncomfortably in his seat. The White House later clarified in an official transcript that it was but a verbal contretemp on part of the President of the United States of America. The verbal goof-up comes just a day after his act of risk-prone fist bumping, abandoning the handshaking policy with Saudi Crown Prince Mohammed bin Salman, popular as MBS, came to be criticised. American media broadcasters widely bashed their leader for overly physical contact with the Middle Eastern officials and for taking it too far with Saudi Arabia's de facto ruler whom his administration challenged over human rights abuses, including the murder of the journalist Jamal Khashoggi.

As he had arrived in Israel, Biden had inaugurated a verbal gaffe during his speech labelling the trauma of the holocaust 'an honour.' It's important, he said, to “bear witness” to the “honour of the Holocaust" just moments after he landed on Air Force One. He also awkwardly spoke about visiting what he described as the “hallowed ground” of the Yad Vashem Holocaust memorial in Jerusalem. “I will once more return to the hallowed ground of Yad Vashem to honour the 6 million Jewish lives that were stolen in a genocide and continue — which we must do every, every day — continue to bear witness, to keep alive the truth and honour of the Holocaust,” the speech blunder laden president Biden said. He, though, quickly corrected himself saying “horror" of the Holocaust instead of "honour."

Among other speech disasters that Biden made since taking office, are his claims that North Korea's authoritarian leader Kim Jong-Un supported his administration's decision to impose sanctions on Russia for its brutal war in Ukraine, and that he took a walk in "foothills of the Himalayas" with Chinese President Xi Jinping, as a chagrinned Vice President Kamala Harris stood in the background during the nomination speech of judge Ketanji Brown Jackson to the Supreme Court. Biden had also mistakenly addressed the Ukrainians as 'Iranians' during his State of the Union speech. ''Putin may circle Kyiv with tanks, but he'll never gain the hearts and souls of the Iranian people," he had said.