The Jordan Ministry of Foreign Affairs on Sunday, 24 October warned Israel against constructing settlement units in the Palestinian territories. 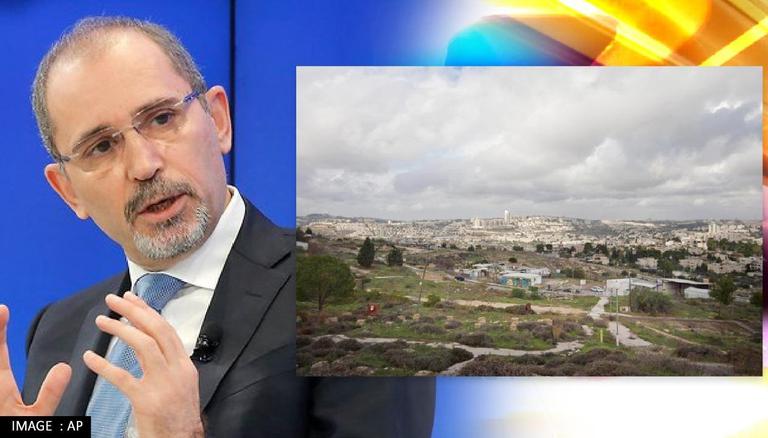 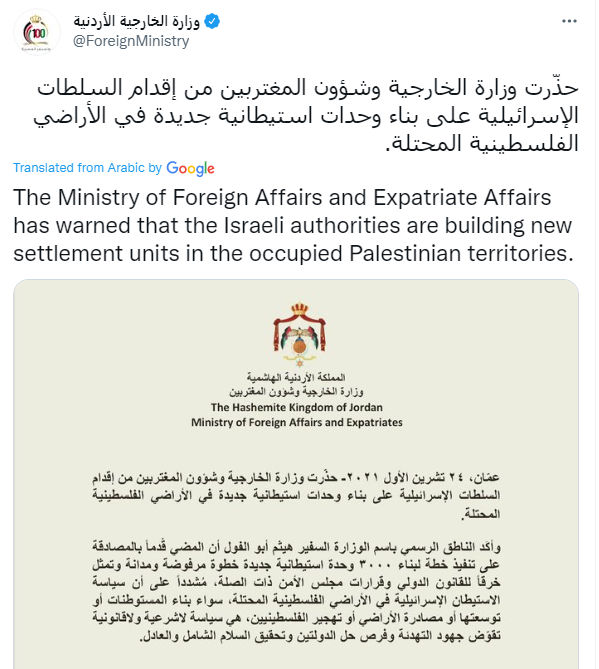 Israel has planned to build thousands of new homes for Jewish settlers in the West Bank. They had a plan to build nearly 3,000 new settler units in the West Bank, according to AP. The United States administration has raised "concern" over the plan of Israeli authorities. The US authorities have urged the Israeli authorities to restrain the settlement plan. US State Department spokesman Ned Price said the US was “concerned” about the settlement plans of Israel.

Price urged Israelis and the Palestinians to "refrain from unilateral steps that exacerbate tension and undercut efforts to advance a negotiated two-state solution" to the conflict, according to AP. It further reported that Palestinian authorities seek the West Bank, Gaza Strip and east Jerusalem areas. These regions were captured by Israel in the 1967 Mideast war. The Palestinians have stated that the plan of building settlements that would house nearly 700,000 settlers as a "hindrance to peace".