After a year’s delay due to the COVID-19 pandemic, Expo 2020 opened in Dubai with an extravagant ceremony headlined by British pop star Ellie Goulding. 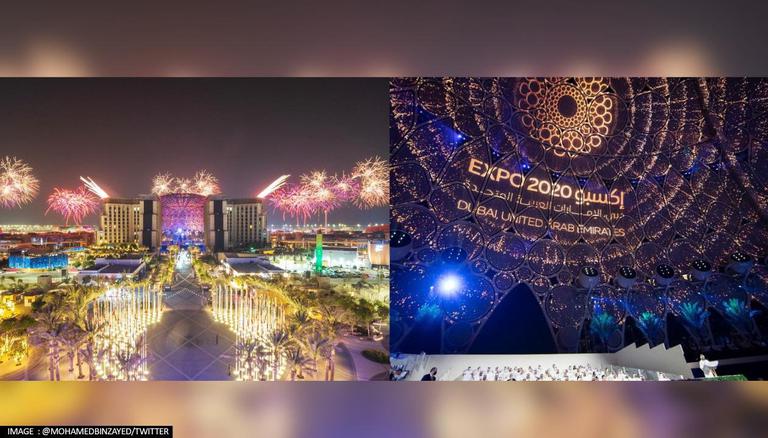 
After a year’s delay due to the COVID-19 pandemic, Expo 2020 on Thursday, 30 September, opened in Dubai with an extravagant ceremony headlined by British pop star Ellie Goulding and Italian tenor Andrea Bocelli. The largest city in the United Arab Emirates (UAE) kicked off its world’s fair with an aim to stage the largest global gathering since the start of the pandemic. The event, in which more than 190 countries are set to showcase their cultures and innovations, will now run until 31 March, 2022. It is worth mentioning that this is the first world fair to be held in the Middle East, reported Associated Press.

With the opening of Expo 2020 Dubai, I congratulate my brother Mohammed bin Rashid & everyone that has been involved in this historic event. Over the next 6 months, the UAE will welcome people from across the world to share experiences & create a brighter future for all. pic.twitter.com/U7k1Ampa3o

According to BBC, the 1,080-hectare Expo 2020 site features pavilions from 192 countries. Dubai’s government has spent around $7 billion on the grand event and it hopes to attract 25 million visitors over the next six months in a bid to boost tourism and investment in the Emirates. Organisers have said that they have been “delighted” with ticket sales.

On Thursday, Dubai’s ruler, Sheikh Mohammed bin Rashid Al Maktoum, declared the Expo open at a ceremony that featured 900 cast members from 64 countries and about 1,000 crew. The event was billed as the “most immersive show in the world,” with around 252 projectors screening images across Al Wasl Dome. Other than Goulding and Bocelli, the event also featured Saudi singer Mohammed Abdo, Chinese pianist Lang Lang and American singer Andra Day.

Rashid Al Maktoum said, “A night that shortened distances.. united nations and cultures.. and established the position of Dubai and the Emirates.. Welcome to the world.. Welcome to the future.. welcome to people from everywhere at Expo Dubai.”

India and other countries' pavilions

India’s massive four-floor pavilion showcases the nation’s art, culture, literature, cinema and cuisine from across 36 states and union territories. It promises to captivate one and all with a brilliant mix of Ayurveda, Yoga and Space programmes. According to the Expo 2020 website, the Indian pavilion will be hosted over 150 mega cultural and business events and 26 multilateral summits over the course of 182 days.

Come be a part of a twenty six week long saga of trade, networking and cultural celebrations @expo2020dubai
Few glimpses of the inaugural ceremony of #Expo2020Dubai#IndiaAtDubaiExpo #IndiaPavilion pic.twitter.com/u4ZYyxY1UE

Saudi Arabia’s pavilion include the world’s largest interactive lighting flood, LED mirror screen and interactive water feature. United Kingdom’s pavilion is inspired by a project from the late scientists Stephen Hawking. It also features a 69 feet structure made of slats on which algorithmically generated words appear to form a "Breakthrough Message".