Following months of anti-hijab protests in Iran, an Iranian imam has blamed the lack of rainfall across the country on women not wearing hijabs. 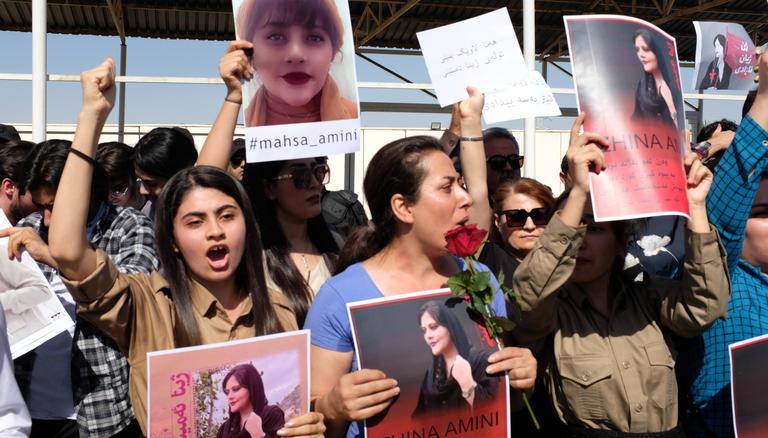 
Amid the water crisis in the Islamic country, an Imam (Islamic cleric) in Iran has blamed the lack of rainfall in the country on women who are not wearing hijabs as they lead the anti-government protests against the Iranian regime. The cleric identified as Mohammad-Mehdi Hosseini Hamedani is the representative of Iran's supreme leader in the city of Karaj and for the Friday prayer, said that "taboo-breaking gestures of removing their headscarves", which are a mandate for women in the Islamic Republic of Iran “has caused a lack of precipitation across the country", Iran International reported.

Hamedani has from the very beginning taken an extremist stance towards the Iran protests. He has reiterated time and again that the hijab should be strictly enforced and has described those who remove their headscarf as the "enemy" who should be confronted by the state.

Iran media reported that Hemadani also has called on authorities to warn shops to not serve women who are not wearing a hijab, threatening to close them down if they do so. “It is not possible to imagine that we are living in an Islamic country when we enter some institutions, shopping malls, pharmacies....," the Islamic cleric said as quoted by Al Arabiya.

This is not the first time that an Iranian cleric has made absurd remarks and linked highly debated Islamic rituals to natural disasters. A cleric by the name of Yousef Tabatabai Nejad, the Iranian supreme leader’s representative in the central city of Esfahan (Isfahan) in 2016, said that women who unveiled and took photos “like Europeans” were the reason for the city’s river, Zayandeh-Roud (Zayanderud), to go dry and added that if this continued, the river sources will also dry up.

Notably, Iran has been facing severe water shortages across the country and the drought in some areas has only worsened with experts saying it is the worst in fifty years. The water crisis has affected households, agriculture, and livestock farming, and has led to power blackouts, reported Al Arabiya.

Iranian women are in the forefront of the movement as videos surface of them cutting their hair in public and setting their headscarves on fire, especially when the protest lit up in September. Since then, protests across Iran have escalated into calls for an end to the Islamic regime, posing the biggest challenge for the clerics since the 1979 revolution. Authorities have responded with deadly violence that has left hundreds dead.

Protestors, led by women, include Iranians from different ethnic and regional backgrounds, nonreligious and religious alike. A new generation of Iranians has risen to oppose the archaic governing of the Iranian regime.