Qatar may hope soccer fans ignore politics at the first World Cup in the Middle East. But Israel and Iran, foes locked in conflicts across the region, are bringing sensitive flashpoints to the tournament’s doorstep. 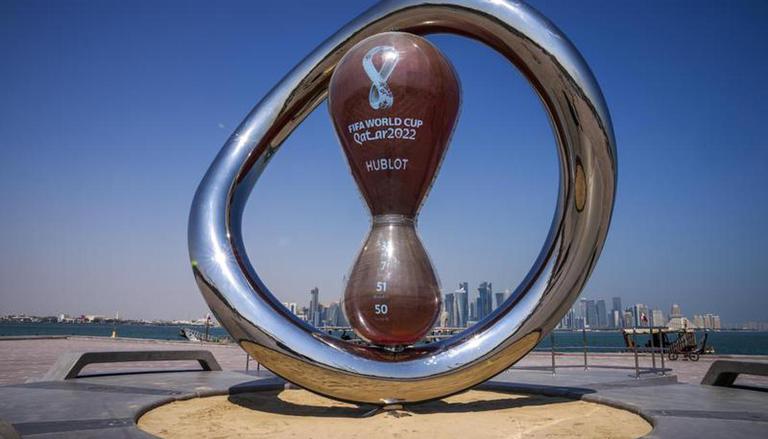 
Qatar may hope soccer fans ignore politics at the first World Cup in the Middle East. But Israel and Iran, foes locked in conflicts across the region, are bringing sensitive flashpoints to the tournament’s doorstep.

Israel is not competing, but it sees the massive spectacle as a way to further integrate into the Middle East after establishing ties with two of Qatar’s Gulf Arab neighbors. Thousands of Israeli tourists, long shunned, are expected to fly to the Qatari capital of Doha on unprecedented direct flights.

Iran, convulsed by protests that erupted over the Sept. 16 death of a 22-year-old woman, Mahsa Amini, in the custody of the country’s morality police, has much at stake. The pitch could provide Iranian activists a vast audience for a protest. Or it could deliver Iran a victory on the world stage in a first-round match against its rival, the United States.

The tournament’s location in the Persian Gulf emirate, just a short flight away from Israel and Iran, adds another layer of tension. Iranian and Israeli fans have rubbed shoulders at World Cups before, but never at such an event in their own backyard.

“It’s always possible for Israeli and Iranian tensions to play out,” said Mehrzad Boroujerdi, an Iran expert and college dean at Missouri University of Science and Technology. “One can expect hard-liners to try and make a statement.”

For Israel, sporting tournaments have been pivotal in its quest for acceptance despite the unresolved conflict with the Palestinians.

In 2018, two years before the United Arab Emirates formalized relations with Israel, the Israeli national anthem played and the country’s flag flew at a judo competition in Abu Dhabi. The scene of an Israeli Cabinet minister weeping as she sang “HaTikva” in the UAE capital induced whiplash after years of Arab and Iranian players refusing handshakes with Israelis and pulling out of matches.

The so-called Abraham Accords that Israel struck in 2020 with Bahrain, Morocco and the UAE marked a decisive turn in the region. The prospect of Israeli normalization with Qatar, which helps bankroll the Gaza Strip’s militant Hamas rulers, may appear far-fetched after Doha shuttered an Israeli trade office there in 2008.

But the unprecedented influx of thousands of Israeli fans into the conservative Muslim country could advance Israel’s ambitions to become just another country in the region, experts say.

In a breakthrough agreement announced Thursday, Qatar promised to allow soccer fans from Israel and the Palestinian territories to fly directly to Doha. That includes residents of the occupied West Bank and the blockaded Gaza Strip, who ordinarily wouldn’t be able to travel out of Tel Aviv.

“The sign that Qatar is letting Israelis travel there for the World Cup is an indication that they’re willing to soften their stance on Israel,” said Emmanuel Navon, a senior fellow at the Jerusalem Institute for Strategic Studies.

In another first, Israel will set up a temporary consular service for citizens at the tournament even though the countries have no diplomatic relations. To avoid any backlash from the Palestinians, Qatar stressed “its stance on normalization (with Israel) has not changed.”

Many Israelis are seizing on the tournament as a rare opportunity to see an emirate otherwise off-limits.

“There’s only this one time that we can go,” said Gil Zilber, a fan from the Tel Aviv suburb of Ramat Gan with World Cup tickets. “I hear they (Qatar) support Hamas but I’m not afraid.”

Iran — and its soccer showdown with the U.S. on Nov. 29 — has also thrust the World Cup into combustible politics.

The protests sweeping Iran have morphed into one of the boldest challenges to the ruling clerics since the 1979 Islamic Revolution. Security forces have sought to quash dissent, killing over 270 people, according to rights groups.

Iranian activists have demanded that FIFA, world soccer’s global governing body, eject Iran from the World Cup, citing the country’s violent crackdown and restrictions on female fans in soccer stadiums. Ukraine’s top soccer club also made the request over Iran’s military support for Russia in its war on Ukraine. Iran is still competing, however.

What will happen on the field — whether team members wear armbands in solidarity with the protests as they did during the 2009 Green Movement or shake hands with their American rivals as they did in 1998 — is a fraught question. Already, dissidents abroad have called for protests during the matches.

Some Iranian players have spoken out in support of the protest movement. In an Instagram post later deleted, Iran’s international striker Sardar Azmoun said he would sacrifice his place in the tournament for “one hair on the heads of Iranian women.” In an act of defiance, he did not celebrate when he scored at a match in Vienna in late September.

Former soccer stars have been more vocal. Two were arrested over their support for the protests.

“Soccer players in Iran have always sided with the people,” said Alex Vatanka, a senior fellow at the Middle East Institute in Washington.

They will be closely watched. When Iranian climber Elnaz Rekabi competed in South Korea without wearing her country’s mandatory headscarf, she became a lighting rod of the protest movement. Some expect a similar international incident at the World Cup. Iranian President Ebrahim Raisi tasked his foreign minister last week with “predicting and preventing possible problems,” state-run IRNA news agency reported.

“Considering the geographical proximity to Iran and the fact that exposing the regime has become so important, we will likely see Iranians and expats utilizing the World Cup as a spectacle to voice their protest,” Boroujerdi said.

Iran initially sought to cash in on that proximity — promoting its island hotels to World Cup fans — but the plans quickly fell apart. Meanwhile, foreigners have been arrested amid the protests. A Spanish hiker trekking from Madrid to the World Cup disappeared after crossing into Iran.

“No one is willing to visit Iran in the current situation,” Tehran-based tour agent Omid Gholamhosseini said.

The country’s economic crisis has also made it difficult for Iranian fans to afford the trip, he added.

Despite the looming problems, some believe the World Cup can still offer an escape from hard realities — some sense of togetherness and collective joy — even if just for a moment.

“It’s a great feeling,” said Dayan, a 38-year-old fan from northern Iran going to Qatar. He gave only his first name, fearing reprisals for speaking to a foreign journalist. “We, as Iranians, can be part of the celebration without any distance to the outside world.”