Qatar, which has been facilitating global evacuation efforts since the Taliban took over Kabul, is now also offering COVID-19 vaccines to evacuees from Afghan. 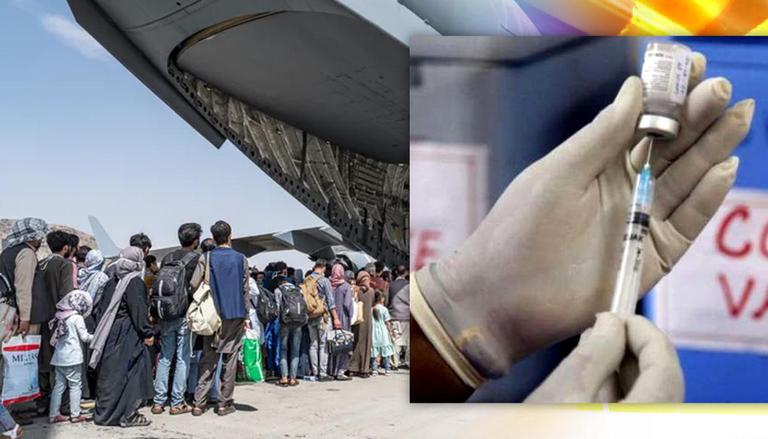 
Qatar, which has been facilitating global evacuation efforts since the Taliban took over Kabul, is now also offering COVID-19 vaccines to evacuees from Afghanistan. According to The Guardian, the foreign ministry on August 26 noted that Qatar has so far helped evacuate more than 40,000 people to Doha, and said that it will continue to facilitate efforts in the coming days. The ministry added that those who do not immediately transit to other countries are being provided with a PCR test and COVID-19 vaccine, if requested.

Qatar’s foreign ministry informed that Doha is temporarily hosting a “large number” of evacuees, including students, families and journalists. According to reports, Qatar has also agreed with the US to temporarily host 8,000 Afghan nationals. It has even hosted several rounds of talks between the Taliban and Afghan leaders, but the meetings have not made any significant changes as such.

"As guests of the State of Qatar, all evacuees that do not immediately transit are being provided with a PCR test, COVID-19 vaccine (if requested), transportation and temporary accommodation, as well as healthcare, meals, and all basic necessities. Qatar is currently temporarily hosting a large number of evacuees most of them students, families and journalists," the statement read.

Meanwhile, pressure to complete the evacuation of thousands of foreigners and Afghans who helped western nations during the 20-year war against the Taliban has intensified. American and allied troops are due to leave the airport next week. Countries across the globe are scrambling efforts to evacuate their citizens at the earliest especially the vulnerable people.

Speaking about the world's reaction to the Taliban's conduct, the leaders of several countries, including the UK, Germany, India, among others, have expressed dismay and concern over Afghanistan's plight. With the Taliban now being the new masters of the country, the US, the UK, India, and other countries are rapidly evacuating their citizens from the war-torn country. Currently, the situation in Afghanistan is unstable and the Taliban leaders are discussing ways to form a government in the country.

It is pertinent to mention that the terror outfit of Afghanistan captured the palace of the President on Sunday (August 15) after the Afghani president, Ashraf Ghani, fled the country. As per media reports, the terror group is consistently in touch with the international community and intra-Afghan parties to form their regime in Afghanistan. Meanwhile, a while back, the Qatari Emir took to Twitter and shared a post in which he was seen talking with the Taliban leader. During the meeting, he discussed making a comprehensive political settlement and restoring peace in the war-torn country, he said.