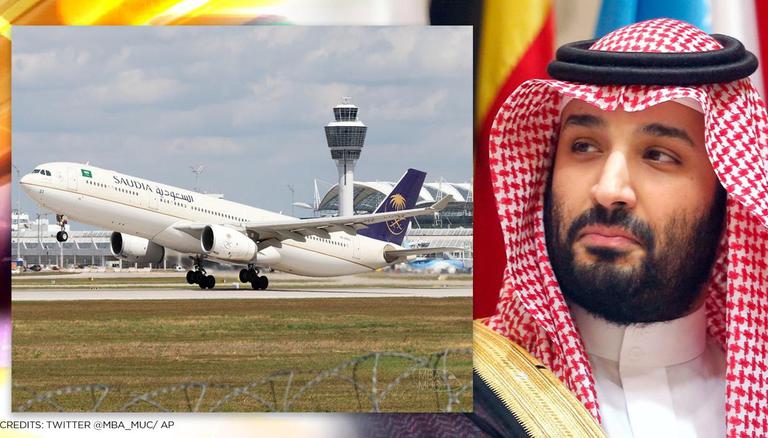 
Saudi Arabia’s Crown Prince Mohammed bin Salman, on June 29, announced plans to launch a second national airline as a part of a broader strategy to turn the kingdom into a global logistics hub as it seeks to diversify from oil. At present, the country operates Saudi Arabian Airlines/Saudia, however, a second flag carrier would catapult it to the fifth rank in global air transit traffic, according to Saudi State Media. As of now, Riyadh has not disclosed when and how its plan would materialize.

The addition of second national airlines would also imply an increase of international destinations from Saudi Arabia to more than 250 places. It would also boost the kingdom's air cargo capacity to more than 4.5 million tonnes, almost double the present capacity. Lastly, it would aid the aviation sector to recover losses meted out by the coronavirus pandemic.

Spearheaded by the crown prince, the Middle Eastern monarchy is pushing to bolster its non-oil revenues to about 45 billion riyals by 2030. As per a report by Saudi Press Agency, the kingdom is hoping to become a global logistics hub by expanding its rail, road and port networks. The expansion is aimed at upping the gross Domestic production (GDP) of the country by roughly 10 per cent, which is growing by 8.11 per cent annually. Geographically situated in Gulf/ West Asia, Saudi Arabia is the region’s largest economy with a GDP recorded at US$701.47 billion last year.

“The comprehensive strategy aims to position Saudi Arabia as a global logistics hub connecting the three continents,” Prince Mohammed was quoted as saying in the SPA report. “This will help other sectors like tourism, Hajj and Umrah to achieve their national targets,” it added.

Local media reported earlier this year that the Kingdom’s sovereign wealth fund, the Public Investment Fund, (PIF), planned to build a new airport in Riyadh as part of the new airline launch, without giving further details. The announcement comes as a part of Saudi Arabia’s ambitious Vision 2030 framework which aims to reduce the kingdom's dependence on oil, diversify its economy, and develop public service sectors such as health, education, infrastructure, recreation, and tourism.