Turkey is building a wall at its border with Iran to stop the influx of refugees from Afghanistan as the Taliban takes control of the war-torn country. 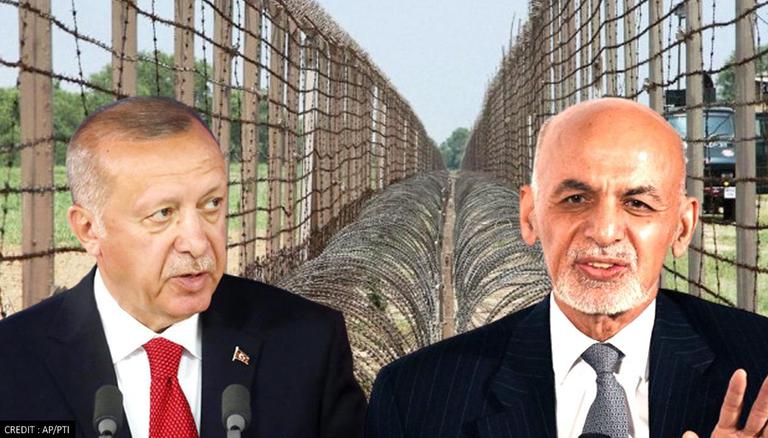 
The rogue Taliban has resorted to rampant killing and violence to usurp the democratically elected government in Afghanistan as the US and NATO forces withdraw from the war-torn country after two decades. The Ashraf Ghani-led government is increasingly finding it difficult to hold its ground in the country, while the global community calls out the Taliban for its violence. All this comes amid the ongoing Afghan-Taliban 'peace talks' in Qatar's Doha.

However, it comes as a surprise that Turkey has now accelerated the construction of a wall at its border with Iran to stop the influx of Afghan refugees who are fleeing the war-torn country fearing for their lives. According to international media reports, Turkey is building a wall along its nearly 300-km long border with Iran to restrict the increasing number of illegal migrants from Afghanistan. The wall-building project was reportedly being pursued by the Turkish Government since 2017, however, it has now accelerated the construction due to the increased refugee influx.

Over the recent weeks, thousands of Afghan migrants have been increasingly using Turkey’s eastern border province of Van to reach Europe, and authorities are now focused on constructing the wall along this city to stop the migration. Reportedly, the numbers of Afghan refugees entering Turkey are estimated at between 500 to 2000 daily which is relatively lower than the mass migration that Turkey has seen in the past including those from Syria. At present, Turkey hosts about 3.5 million Syrian refugees and a hundred thousand Afghans who fled during the previous conflicts.

However, it has been the same Erdogan led Turkey which was intervening in India's internal affairs after the implementation of the Citizenship Amendment Act (CAA) and the Abrogation of Article 370. Turkish President Recep Tayyip Erdogan had voiced out his concerns against the CAA calling it discriminatory, while India only offered to grant citizenship to persecuted minorities from Bangladesh, Pakistan and Afghanistan who have come to India before December 2014. Turkey had also slammed Myanmar for the Rohingya crisis, while its state-run media continues to peddle narratives against India on the issue of Rohingya migrants in the country.

Locking out refugees from Afghanistan smacks of hypocrisy and double standards on the part of President and strongman Recep Tayyip Erdogan who has fashioned himself as somewhat of a leader of the Islamic world, being vocal against countries where incidents of Islamophobia have been reported. He's a known ally of Pakistan and has attempted to meddle in Indian affairs routinely, over J&K as well as the CAA. However, when it comes to walking the talk, Erdogan appears to have faltered so far as the Afghans are concerned.