Turkish President Recep Tayyip Erdogan on Monday, May 17, accused US President Joe Biden of having "bloody hands" because of Washington's support for Israel. 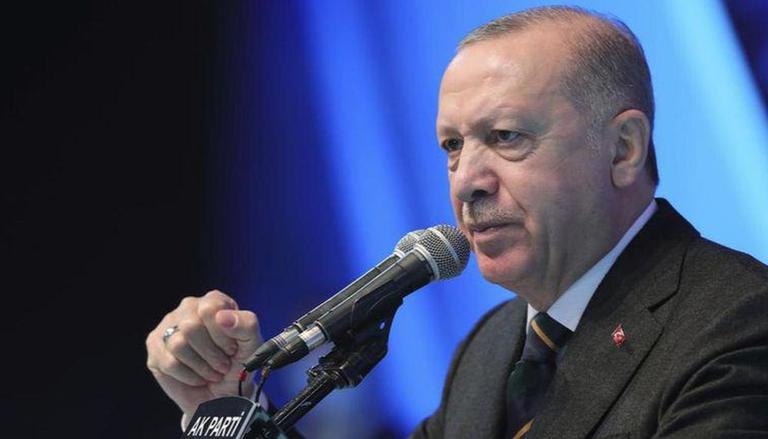 
Turkish President Recep Tayyip Erdogan on Monday accused US President Joe Biden of having "bloody hands" because of Washington's support for Israel's bombing campaign on Gaza Strip. In a televised speech, Erdogan said, “You are writing history with your bloody hands.” He added, “You forced us to say this. We cannot step back.”

This comes after Erdogan urged Pope Francis to help end the ongoing tensions between Israel and Palestinians. According to the Turkish media outlet Daily Sabah, Erdogan underlined that the Pope's continued messages and reactions concerning the Israel-Palestine conflict will help mobilize the international community as well as the Christian world. The Turkish President went on to even reportedly say that an “atrocity” is being committed in Palestine and Israel is answerable to not only the Palestinian people but the whole of humanity, including Christians and Muslims.

Erdogan highlighted that Israel is blocking access to the Al-Aqsa Mosque and the Church of the Holy Sepulchre and limiting freedom of worship. He said that this is undermining honour while also endangering regional security. Further, the Turkish leader stated that all of humanity must unite in face of Israel’s “illegal and inhumane” practices that also violate the status of Jerusalem.

Israeli PM Benjamin Netanyahu has pledged that Israel’s campaign in Hamas Islamist-run Gaza was continuing at “full force”. He even defended the attacks on the Gaza tower housing The Associated Press and Al Jazeera bureaus and said that it was a “legitimate target” as it also hosted a Palestinian “terrorist” intelligence office. While speaking to CBS News, Netanyahu said that an “intelligence office for the Palestinian terrorist organisation” was housed in the Gaza building that plots and organises the terror attacks against Israeli civilians.

Recently, UN Secretary-General Antonio Guterres pleaded for an immediate end to the outbreak of deadly Israeli-Palestinian violence and warned that the fighting could plunge the region into an "uncontainable security and humanitarian crisis”. On the same day the United Nations Security Council also met in a bid to discuss the violence, however, they failed to agree on even a joint statement of concern. US President Joe Biden, on the other hand, dialled both sides and discussed the violent outbreak with Netanyahu and Palestinian President Mahmoud Abbas separately.

READ | Guardiola: "No problem at all" - UEFA's decision to move UCL final from Turkey to Portugal