The United Arab Emirates (UAE) announced safe start-up operations of the initial unit of Barakah nuclear power plant, located in the Al Dhafrah region of Abu Dhabi. The Emirates Nuclear Energy Corporation (ENEC) called it the “most historic milestone” in the delivery of the UAE Peaceful Nuclear Energy Program till date.

The start-up of the nuclear power plant, a first in the Arab world, has been deemed as a major step in the process towards generating clean electricity. Taking to Twitter, the UAE premier and ruler of Dubai, Sheikh Mohammed bin Rashid Al-Maktoum, said that the team at Barakah "succeeded in loading nuclear fuel packages, carrying out comprehensive tests and successfully completing the operation".

Chief Executive Officer of ENEC, Mohamed Ibrahim Al Hammadi, said in a statement that it is the culmination of more than a decade of vision, strategic planning and robust program management. He said that the team demonstrated outstanding resilience and commitment to the safe delivery of Unit 1 despite recent global challenges, referring to the health crisis.

“We are now another step closer to achieving our goal of supplying up to a quarter of our Nation’s electricity needs and powering its future growth with safe, reliable, and emissions-free electricity,” Mohamed Ibrahim added.

The chief executive claimed that the Barakah nuclear power plant will deliver 25 per cent of the UAE’s electricity with zero carbon emissions while supporting economic diversification. He emphasised that it will help create thousands of high-value jobs through the establishment of a sustainable local nuclear energy industry and supply chain. 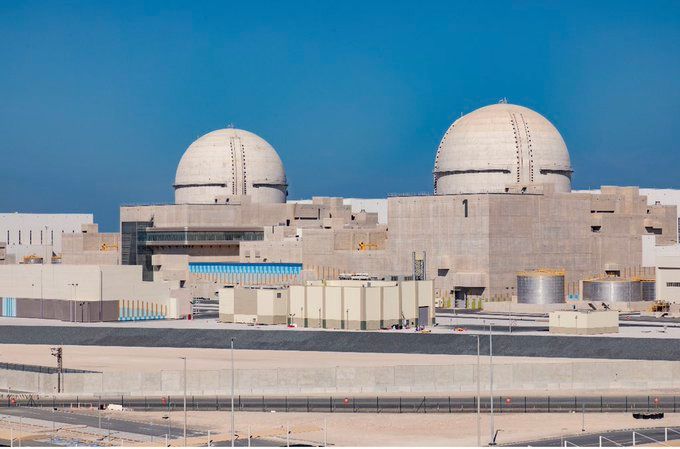 Nawah, the operations and maintenance subsidiary of ENEC, received the operating license from the Federal Authority for Nuclear Regulations (FANR) in February 2020 and completed of fuel assembly loading in March 2020. Unit 1 will be ready to connect to the UAE’s electricity grid, delivering the first megawatts of clean electricity after conducting numerous safety tests.

“We are grateful to the Leadership for their continuous support in making this remarkable achievement happen, along with the support of our UAE stakeholders and Korean partners, and congratulate everyone involved in the Program on this landmark occasion,” Mohamed Ibrahim said.

Read: UAE Spacecraft 'Hope' Blasts Off In Its First Ever Mission To Mars