Watch: Iranian Sisters Singing ‘Bella Ciao’ Amid Anti-hijab Protests Will Give You Goosebumps

Amid the violent protests in Iran over the death of a 22-year-old woman, a Persian version of the Italian protest song Bella Ciao is now viral on the internet. 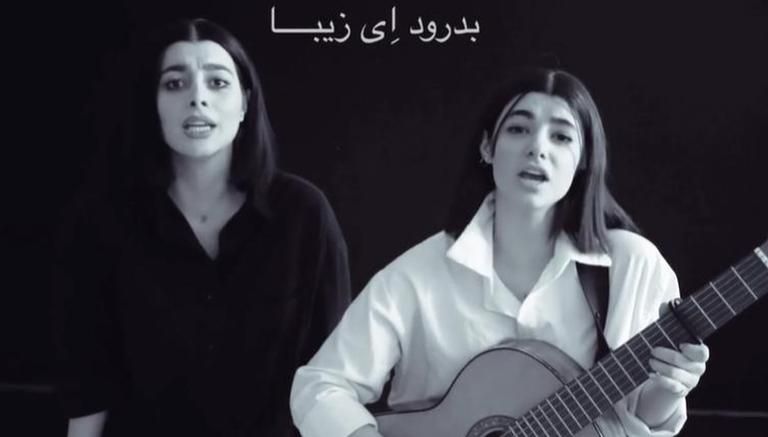 
Amid the anti-government protests in Iran over the "custodial death" of a 22-year-old Kurdish woman, a Persian version of the Italian protest song Bella Ciao is doing rounds on the internet. Though the song was voiced by Iranian sisters Samin and Behin Bolouri in their own language, people, despite being unaware of the vocabulary, claim to get goosebumps. The song was initially posted by the sisters on their Instagram page on September 16-- the day on which Iranian woman Mahsa Amini was declared dead after three days of hospitalisation-- and was later shared on several social media platforms.

Commenting on the Iranian song, a netizen wrote, “Finally this meaningful song goes there where it belongs. Deep respect to the strong soul of female Iranians”. "I don’t know Persian. But the harmony and passion got me goosebumps," another person wrote.

Iran protests over the death of a 22-yr-old

The major controversy erupted after the death of 22-year-old Mahsa Amini, who was detained by the so-called “morality police”, claiming that the woman was not wearing the hijab properly. Although police released a video of Amini collapsing after fainting in the police station, protestors alleged she had suffered serious injuries during the police custody. A relative has said she had no history of heart disease. The Kasra hospital in Tehran, where police took Amini after she collapsed and slipped into a coma, said she was brought in without vital signs. Since the death of the 22-year-old Kurdish woman, a debate has sparked against the "morality police" in the Islamic Republic. A large number of women protestors gathered and removed their Hijab or the black headscarf in protest during the funeral ceremony of Amini on Friday.

According to semi-official news agency Fars News, Greater Tehran Police Commander Hossein Rahimi, during a press conference, termed the incident "unfortunate" and said he wished the country would never witness such incidents again. "The incident was unfortunate for us and we wish to never witness such incidents," said Rahimi. Reacting to the allegations of physical torture, Tehran Police Commander said the accusations of harming the woman in custody were false and added the moral police had made all arrangements to save her life.