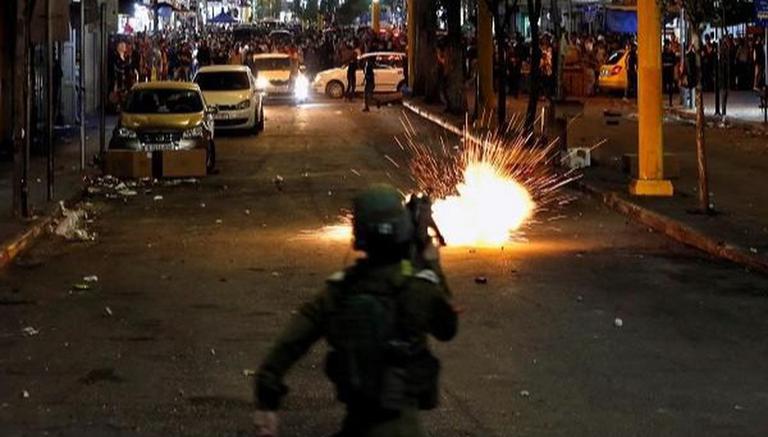 
The Palestinian Red Crescent said more than 200 Palestinians were injured badly after a clash erupted with Israeli servicemen, ANI reported citing the reports of Sputnik. According to the news agency, the clash erupted near the city of Nablus in the West Bank on Friday.

"227 Palestinians have been injured in clashes with the Israeli military in the districts of Beita and Bayt Dajan near the city of Nablus in the West Bank," the organisation said in a statement.

An international journalist who was reporting the incident was also injured in the incident, added the statement of the Palestinian Red Crescent. It is worth mentioning that the area of Beita to the south of Nablus has been witnessing clashes for the last six months.

According to local media reports, the confrontation between Palestinians and the Israeli forces increased drastically after the latter announced a settlement plan in May this year. Earlier in October this year, Prime Minister Naftali Bennett-led Israeli government announced to grant legal residency to at least 4,000 Palestinians living in the occupied West Bank and Gaza. With this move, the people living in the fear of being deported anytime can roam around freely after getting their identity cards. However, the announcement saw a mixed response from the Palestinians -- some of those who were covered under the plan came in support while those who did not get any relief protested against the government.

It is worth mentioning that this was not the first time when such a protest at such a large scale was reported from the border region. But, the relations between Israel and Palestine have been shattered for decades now. Palestinians have been seeking "diplomatic recognition" for their independent state on the territories of the West Bank, including East Jerusalem. Notably, the region is partially occupied by Israel and the Gaza Strip. However, the Israeli government refuses to recognize Palestine as an independent political and diplomatic entity and came with a new settlement plan this year despite objections raised by the United Nations

While speaking at the UNESCO meet in October this year, the UN special coordinator for the Middle East peace process, Tor Wennesland, said that the construction of almost 3,500 settlement units by Israel in the West Bank would hamper the peace process in the region. "We should have no illusions about the current state of the Israeli-Palestinian conflict," Wennesland said, describing a situation in the Occupied Palestinian Territory (OPT) that continues to deteriorate, with no progress towards a two-state solution.