World's tallest living woman Rumesya Gelgi, flew on a plane for the first time in her life after Turkish Airlines made room for her by modifying six seats. 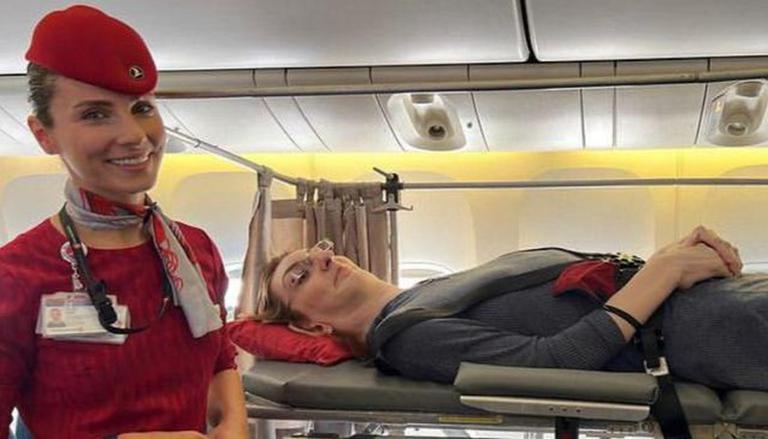 
Rumeysa Gelgi, who holds the title of being the world's tallest living woman, shared her experience as she flew on a plane for the first time in her life after Turkish Airlines made room for her by modifying six seats in the aircraft. According to Gelgi, who also shared pictures of her travel, she took a 13-hour flight from Turkey's Istanbul to San Francisco in the US.

In her Instagram post, the Turkish citizen with a towering height of 7.07 feet, thanked the airlines and said that the journey from Istanbul to San Franciso was "flawless".

"A flawless journey from start to finish. There are so many people I have to thank... A flawless journey from start to finish. But unfortunately, I did not have the chance to learn the names of many people who helped me with kindness and devotion for a total of 19 hours, 13 hours in the air, and organized a "first flight" celebration above the clouds," English translation of 25-year-old Gelgi's Instagram post read.

Stating that it was her first fight and won't be the last, Gelgi said, "This was my first flight, but it certainly won't be the last." Responding to her thank you note, Turkish Airlines assured her of all help in the future. Notably, the airline turned six seats of their plane into a stretcher to accommodate her. It is pertinent to mention that her tall height is due to a condition called Weaver syndrome which makes her use a walker and wheelchair to move for short periods.

Weaver syndrome is a rare genetic condition which causes accelerated growth and remarkably advanced bone age. It limits the mobility of the joints and causes instability when walking and difficulties in breathing and swallowing.

According to Mirror, Gelgi who works in the software industry will be in the United States for at least six months to further her career.