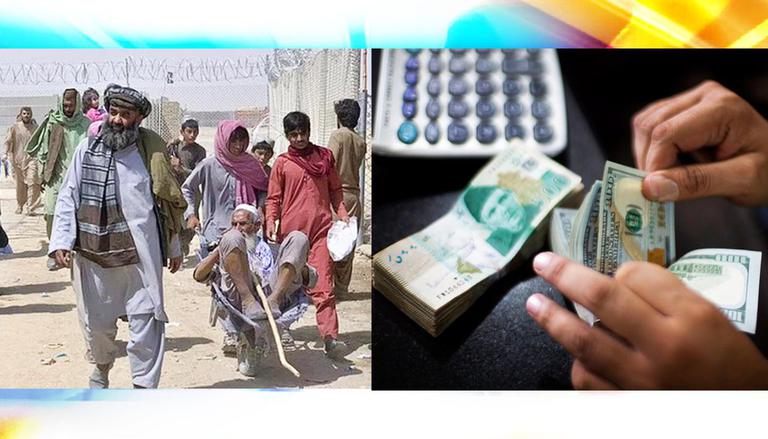 
Days after the Taliban announced its interim government, Afghan businessmen have denied Pakistan's demand to conduct bilateral trade in Pakistani rupee in the future, reported Pajhwok Afghan News. The report further stated that Afghans launched a social media campaign titled 'Afghani is our national identity,' after a report surfaced in a Pakistan daily stating that business deals in Afghanistan should be based on Pakistani currency.

Afghanistan is facing a severe shortage of dollar reserves and owing to that the war-ravaged country would make transactions in Pakistani currency, Daily Jang reported. The report further stated that the country's Finance Minister Shawkat Tareen made the following statements after International Monetary Fund (IMF) and World Bank blocked funds to Afghanistan, reported Daily Jang.

Meanwhile a social media user, Abdul Kareem tweeted, "I will build my country myself, so I will use the currency of my own country. Every transaction in Afghanistan should be in Afghan currency," as reported by ANI. It was also noted that many pro-Taliban people also came in support of Aghan currency. Hammad Afghan, a pro-Taliban man, asked Pakistan to promote Afghanistan's national currency if it wants to enlighten its future and make a rich Afghanistan.

Meanwhile, Pakistan on Thursday, September 2, temporarily closed the Chaman border with the war-torn country citing security concerns. Interior Minister Sheikh Rashid said that Imran Khan-led Pakistan government wants peace and stability in Afghanistan and due to "some concerns" the border at Chaman has been closed as of now, reported ANI quoting The Express Tribune. He further said that they will not allow chaos to spread and there are no Americans left in Pakistan as all those who came have already left. Notably, on Tuesday, 7  September, the Taliban announced its interim government which will be headed by Mullah Mohammad Hasan Akhund, the head of the Taliban's decision-making body 'Rehbari Shura.'