The former VP of Afghanistan, Amrullah Saleh, slammed Imran Khan for his justification of the Taliban’s violation of human rights in the war-torn country. 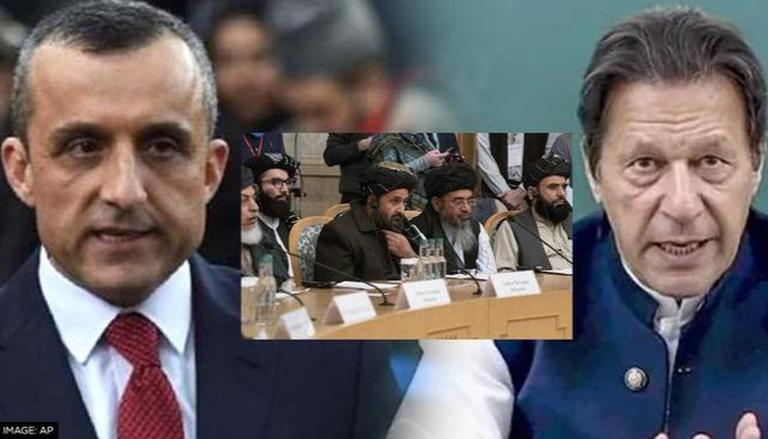 
The former Vice President of Afghanistan, Amrullah Saleh, on Monday, slammed Pakistan PM Imran Khan for his justification of the Taliban’s violation of human rights in the war-ravaged nation. On Sunday, while addressing the 17th session of the Organization of Islamic Cooperation (OIC), Imran Khan, who has been a staunch supporter of the militant regime in Afghanistan, had justified the Taliban’s violations of human rights, discrimination against women, and ban on education for girls. He urged the international community to “understand that the idea of human rights and women’s rights is different in every society”.

In response, Afghanistan’s former minister Amrullah Saleh called Imran Khan’s remarks “disgusting and ignorant”. However, he went on to say that Khan’s comments were calculated. Saleh said that for Afghanistan to be dependent on Pakistan, it has to be uneducated and run by the Taliban. The Government headquarters strategic plan was presented as Afghan “reality,” Saleh added.

PM Khan of Pak hz said that Afgh soceity & tribal culture is anti education.Although disgusting & ignorant remark but he hz said it calculatedly. For Afg to be dependent on Islamabad it has to be un-educated & Talib run. GHQs strategic plan was presented as Afghan "reality".

It is pertinent to mention that Pakistan has continued to advocate for recognition of the Taliban interim government on the international platform despite reports of severe human rights abuses in Taliban-led Afghanistan. In another such attempt, the Taliban sympathiser had knocked on the doors of its neighbouring Muslim countries, calling for a meeting of the 57-member OIC to discuss the legitimacy of the Taliban regime. On Sunday, Pakistan PM Imran Khan, therefore, justified the Taliban’s positioning on banning young girls at education institutions, as he stressed that the countries worldwide must be “sensitive to tribal customs”.

Khan told the OIC delegates that the Taliban’s culture is similar to the culture in Khyber-Pakhtunkhwa of Peshawar where parents were paid stipends to send girls to school, but they were not given education. He appeared to back the Taliban’s oppressive behaviour and restrictions instated on women that outlined how women must dress up in public. Khan also told the OIC conference that differences between cultures in different parts of the country must be understood before promoting new values.

It is pertinent to mention that Khan’s push for Taliban’s international recognition comes even though the all-male cabinet of the Taliban government approved a mandate that made it compulsory for Afghan females to wear an abaya or robe, and niqab, or burqa or face strict punishment under the strict interpretation of Islamic law. A series of discriminatory rules were enacted by the Taliban across Afghanistan including women can be taught by only women, and that men and women must be separated in a mixed classroom, use separate entrances and exits, and must not blend. Taliban also ordered the young girls and women to stay indoors and not to go to school.