The veteran politician had been keeping unwell and was admitted to a private hospital in Karachi for treatment last week, where he passed away on Thursday. 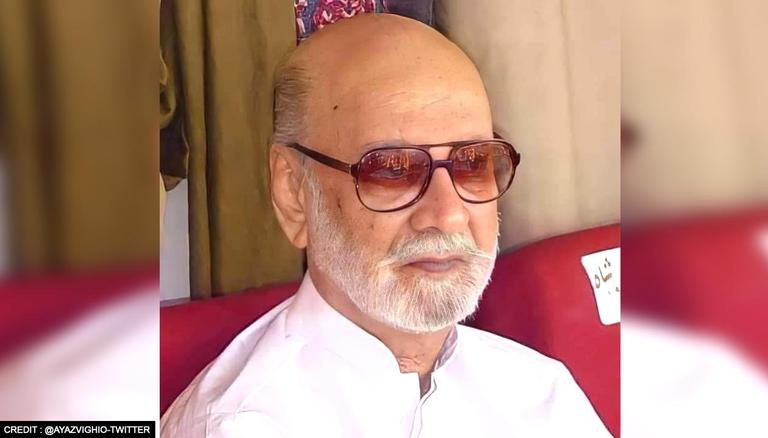 
The first-ever Chief Minister of Balochistan, Sardar Ataullah Mengal, breathed his last on Thursday. The veteran politician had been unwell and was admitted to a private hospital in Karachi for treatment last week, where he passed away on Thursday, as per his family's statement. In the statement, his family added that the mortal remains of the late leader will be transported from Karachi to his hometown, Wadh, in Khuzdar. His funeral will be held on Friday.

Condolences pour in for the late Balochistan leader

My condolences to the family, friends and well wishers on the sad news of passing away of Veteran Baloch leader, Sardar Ataullah Mengal, former Chief Minister of Pakistan-occupied #Balochistan ! May his dream of an independent Baluchistan find fruit.

Sad news. Veteran Baloch leader, Sardar Ataullah Mengal, former Chief Minister of Pakistan-occupied #Balochistan passed away this morning. I last met him 2016 in Dubai. He along with his comrades Nawab Khair Baksh Marri, Mir Bizenjo, Nawab Akbar Bugti were an inspiration for us. pic.twitter.com/On3YIbFPef

Born in 1929 in Lasbela, Sardar Ataullah Mengal moved to Karachi at an early age. Because of his great work and influence, he was declared the chief of the Mengal tribe in 1954. Mir Ghaus Bakhsh Bizenjo, a founding member of the National Awami Party (NAP), introduced him to politics.

In 1960, he was elected as a member of the national assembly. Within 12 years of being elected, in May 1972, Mengal became the first chief minister of Balochistan and remained in that position until he was dismissed by then Prime Minister Zulfikar Ali Bhutto in February 1973.

According to an article by Herald in 1973, Zulfikar Ali Bhutto’s PPP defeated NAP’s government in Balochistan and called a meeting of the politicians to inform them that he would form a new government after coming back from a holiday but Mengal demanded that the provincial government be formed immediately.

Mengal’s words infuriated Bhutto, who then questioned him of his response to the demand not being met. In response, Mengal said, “I would struggle against the injustices inflicted upon the Baloch and stand against you.”