Pakistan PM Imran Khan has “robbed people of their money, meals, and vote” and PPP “will not forgive him,” Chairman Bilawal Bhutto Zardari said. 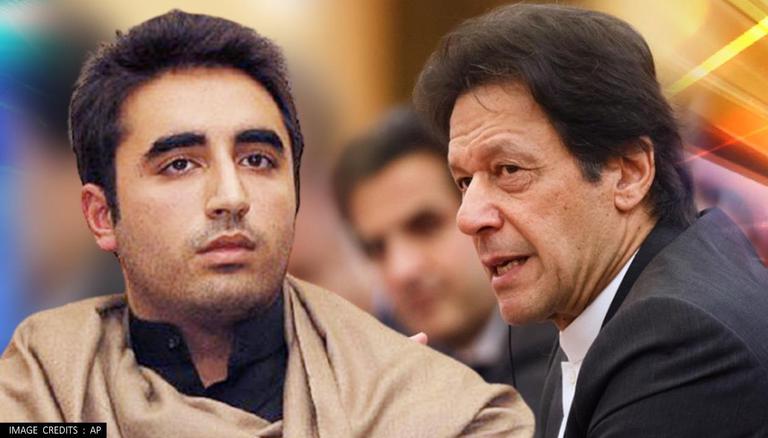 
Pakistan PM Imran Khan has “robbed people of their money, meals, and vote,” Pakistan Peoples Party (PPP) Chairman Bilawal Bhutto Zardari said, adding his party “will not forgive him". Speaking from the city of Dera Ghazi Khan on September 4, Bilawal said that people are being “hurt” and “every citizen is troubled”. “What kind of Naya Pakistan has been imposed on us?” he asked, Geo News reported.

Using the term he most often uses for the Pakistani PM, Bilawal said, “What kind of torment has this ‘selected’ brought? Inflation and unemployment are at a historic level”.

He said that Khan had also “left 20,000 people unemployed” even after promising people millions of jobs and houses. He said that the prime minister is “robbing you of the roof over your head in the name of encroachment”. Bilawal added, “Khan sahab is snatching away roti (food), Kapra (clothing) and makaan (shelter) from the people”.

Further, the PPP Chairman also called on the party workers in Punjab to “rise” against the incumbent government. Bilawal even promised that “jiyalas” - supporters and members of the PPP - will be the next PM and CM. Addressing the party worker, Bilawal said, “My message to Punjab’s jiyalas is: rise, jiyalas, rise”.

“Begin your preparations. Move ahead at full throttle, the next government will be that of the Peoples Party,” he said, adding, “The next Prime Minister and the next Chief Minister will be jiyala”.

This is not the first time that the prominent opposition leader slammed the ruling Pakistani government on its inability to function efficiently. In a scathing attack last month, Bilawal had said that under Imran Khan’s regime there is a growing situation of distress in the populace. He had also denounced the incumbent government for not working for the poor of the middle class.

He blamed the PTI government for benefitting the crony capitalists. He said that the “government sleeps while the nation weeps, as the selected government and PM are busy benefitting from their rich cronies and do not care about the poor”. Stepping up his attack against PM Imran Khan, Bilawal said he felt for the poor countrymen suffering from acute poverty, unemployment and high inflation due to the unending price rise of daily use commodities.

Criticizing the government, he said that “selected people in the government believe that the country can function properly by opening shelters and food trucks, but they are unable to comprehend the difficulties faced by the common salaried population”.