Pakistan’s federal minister has expressed outrage at the British govt’s decision to retain the country on its Red List of countries facing travel restrictions. 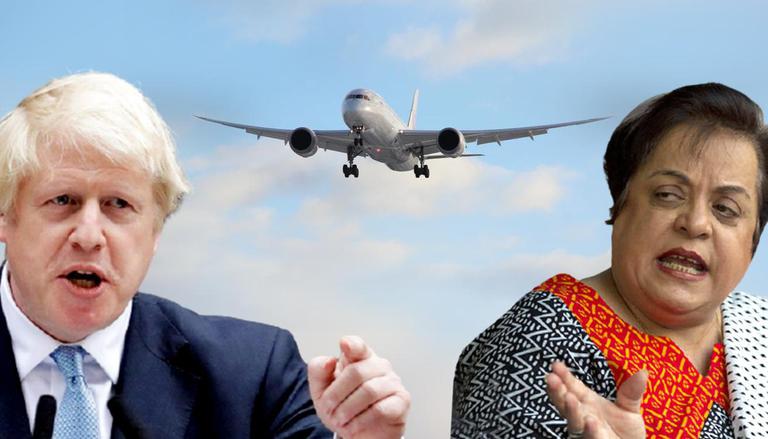 
Pakistan’s federal minister has expressed outrage at the British government’s decision to retain the country on its Red List of countries facing travel restrictions. On August 9, Pakistan’s Minister for Human Rights Shireen Mazari tweeted that Britain never asked Pakistan for data on the country’s COVID-19 situation in order to review the decision, reported ANI. Mazari made the remarks while responding to a report which said Pakistan retained in UK’s ‘Red List’ as Islamabad failed to prove British authorities data on coronavirus vaccination and testing.

The Boris Johnson-led government has retained Pakistan on the ‘red list’ of its travel advisory amid the COVID-19 pandemic due to the “deteriorating” situation. As per the news agency, UK’s senior health official Jo Churchill, in a letter dated August 6, explained the reasons for keeping Pakistan on the red list of the countries. Churchill reportedly also said that Britain’s Joint Biosecurity Centre continues to assess the risk based on the factors including incidence, trends in deaths/hospitalisations, exported cases as well as testing and test positivity rates.

British official Churchill responded after Pakistan was retained in the list that set the course for travel to the UK amid the pandemic while India was removed from the ‘Red List.’ Both India and Pakistan were placed on the list on April 19 and April 2, respectively. However, in the updated list, the British government announced that India, Bahrain, Qatar and the UAE would be moved to the list from August 8.

Churchill said in the letter, “In Pakistan, the combination of a deteriorating epidemiological situation, combined with low testing rates and limited genomic surveillance, presents a high risk that an outbreak of a new variant, or existing VoC [variant of concern], will not be identified before it is imported to the UK.” She also reportedly said that the present trend of COVID-19 in Pakistan is also particularly of concern. UK’s red list countries mean that only British nationals and others with residency rights will be allowed to travel to the country if they stayed in Pakistan for at least 10 days before they arrive.