Earlier this year, PTI chief and ex-Pakistan PM Imran Khan lost a vote of confidence and was ousted from power long before he could complete his five-year term. 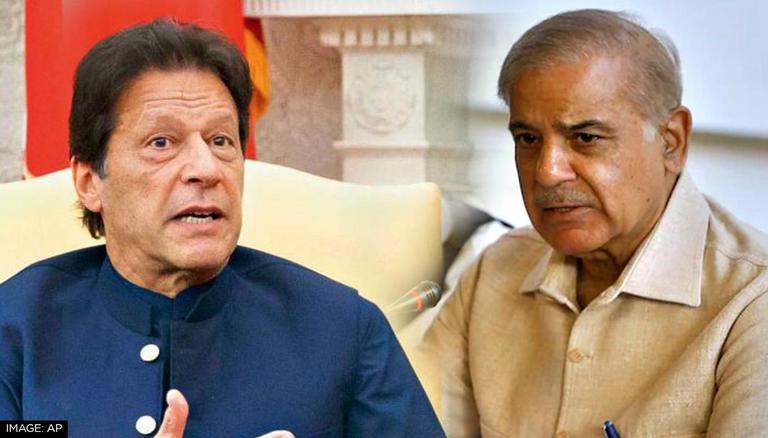 
Challenging the incumbent coalition government of Shehbaz Sharif in Pakistan, former Prime Minister and Pakistan Tehreek-e-Insaf (PTI) Chairman Imran Khan has claimed that he will defeat the ruling government and further win the next elections in the country, reported ANI citing Geo News. Khan while stating the same further also added that it is "impossible for the incumbent coalition government to win the next election.”

Notably, this comes at a time when Imran Khan continues his battle against the Shehbaz Sharif-led government in Pakistan ever since he was ousted from the position of PM with the help of a no-confidence motion.

In the meantime, Khan who was speaking to a private TV news channel also said that it would be very difficult for the current government to run even an electioneering campaign as his PTI is working on the full scale for winning the next polls. Furthermore, referring to his recently-planned “Azadi March” held on May 25, which was later called off following a strong curb by the ruling government, Khan claimed that the government wanted to stop the march and that’s why he registered multiple first information reports (FIRs) against members of the PTI so that it could "throw anyone it wanted behind bars."

The former prime minister further went on to launch more attacks on the ruling Shehbaz Sharif-led government and criticised the passing of the National Accountability (Amendment) Bill, 2022 on June 9, which had previously been returned by President Arif Alvi. Stating that his party will reach out to the Supreme Court on the same and demand for repealing the bill.

He also added that the entire nation was looking towards his Pakistan Tehreek-e-Insaf to intervene in the ongoing matters to make things right.

Imran Khan’s demands for the next general elections

Earlier this year, amidst a high political drama in Pakistan over a no-confidence motion passed by the opposition against Imran Khan, he lost a vote of confidence and was ousted from power long before he could complete his five-year term.

Following that, Khan had demanded free and fair elections in the country stating that he would accept it if the nation would bring the current government back into power but no country from outside will be allowed to impose them on the people. Not just that, he also announced to launch of a protest march demanding the dissolution of the National Assembly and further seeking a date for the next elections.

However, Prime Minister Shehbaz Sharif-led Pakistan Muslim League Nawaz (PML-N) government while rejecting the demands of ousted former PM and PTI chief for holding re-elections in the country said that the government will complete its tenure till August 2023 and then only the general elections would take place.