The attempt to murder case has been registered against Imran Khan on the complaint filed by Pakistan Muslim League-Nawaz (PML-N) leader Mohsin Shahnawaz Ranjha. 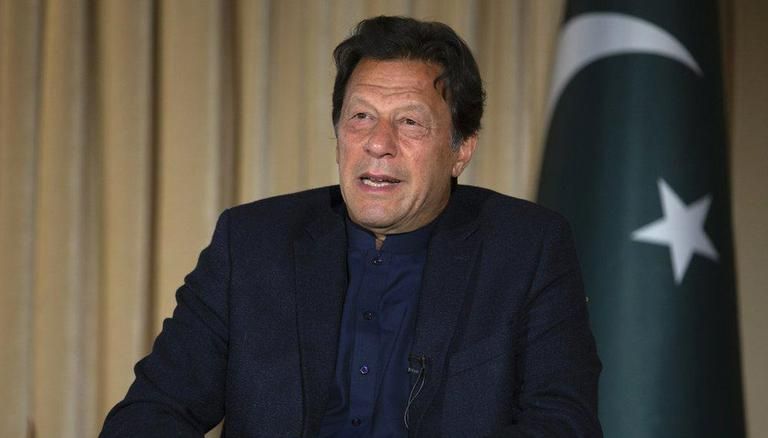 
The secretariat police in Islamabad has registered a case of an attempt to murder against Pakistan Tehreek-e-Insaf (PTI) Chairman Imran Khan. The attempt to murder case has been registered against the former PM on the complaint filed by Pakistan Muslim League-Nawaz (PML-N) leader and member of the National Assembly, Mohsin Shahnawaz Ranjha, ANI cited a Geo TV report.

The case has been registered against Imran Khan a day after Ranjha was attacked outside the Election Commission of Pakistan (ECP) office in Islamabad, where PTI supporters held protests over ECP's verdict disqualifying Khan in the Toshakhana case. In the FIR, Ranjha claimed that he was attacked when he appeared as a plaintiff at the Election Commission of Pakistan in the Toshakhana case. According to the FIR, Mohsin Shahnawaz Ranjha was attacked with the "intention of murder" at the "behest of PTI leadership" when he walked outside the ECP. He has claimed that his car was also targeted with attempts to break into it by shattering the glasses of the vehicle.

Notably, the Election Commission of Pakistan (ECP) in its verdict in the Toshakhana case on Friday, October 21, disqualified PTI Chairman and former PM Imran Khan. It said that Khan will no longer remain a member of Pakistan's National Assembly. The ECP said that Imran Khan had filed a false affidavit and was involved in corrupt practices. In the case hearing, Imran Khan's lawyer Ali Zafar acknowledged that his client sold at least four gifts that were given to him during 2018-2019. Zafar admitted that the presents were sold for 58 million and their receipts were given in the Income Tax return filed by Imran Khan.

Imran Khan's party Pakistan Tehreek-e-Insaf has stressed that the ruling given by ECP is beyond their jurisdiction and accused the body of "lopsidedness." PTI Vice Chairman Shah Mahmood Qureshi called the decision announced by ECP "unacceptable." He further said, "Pakistan's democracy cannot run without Imran Khan." On October 22, PTI Chairman Imran Khan filed a case in the Islamabad High Court challenging the ruling given by the Election Commission of Pakistan that disqualified him in the Toshakhana case. He requested the Islamabad High Court to find and hold the order given by the Election Commission of Pakistan order against the principles of law in Article 63 of the Constitution, ANI cited a Geo News report. He urged the Court to suspend the operation of the order and stop further proceedings until the final decision has been announced in the petition. 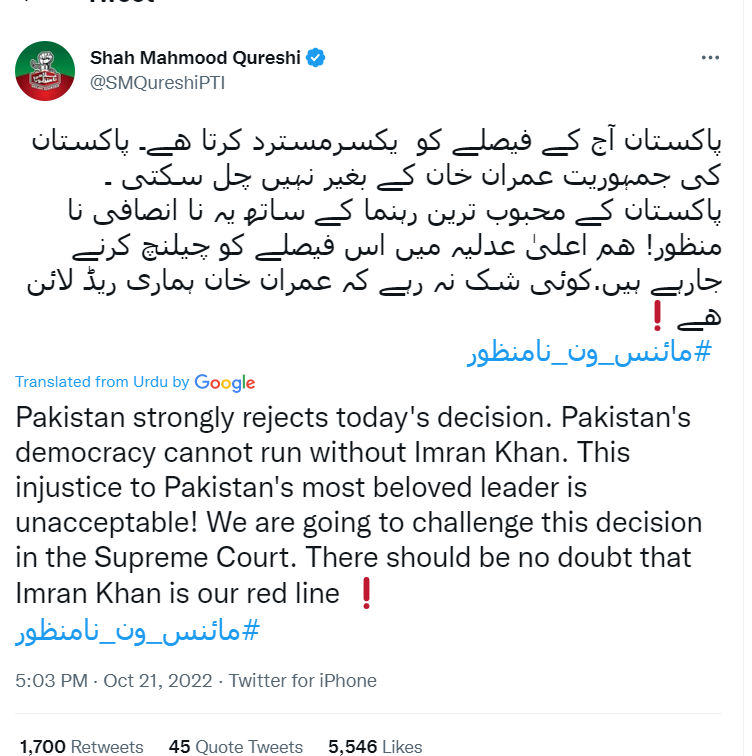