In a major blow to Imran Khan, the Election Commission of Pakistan rejected PTI's reference to disqualify 20 of its rebel Members of the National Assembly. 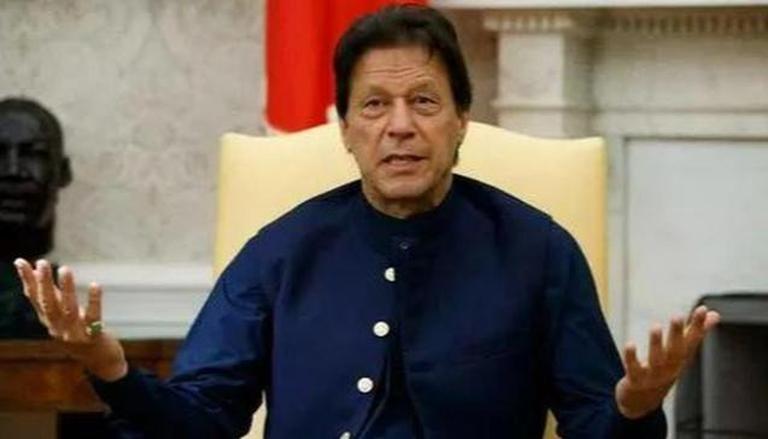 
In a major blow to Imran Khan on Thursday, the Election Commission of Pakistan rejected PTI's reference to disqualify 20 of its rebel Members of the National Assembly. After nearly two dozen MNAs took refuge at the Sindh House in Islamabad ahead of the no-confidence motion in March and many of them openly slammed the government, PTI demanded that they be de-seated under Article 63A of the Constitution. But, this article makes an MP liable for disqualification only if he formally resigns from the party or disobeys the party whip on the election of PM or CM, no-confidence motion, a money bill, or a Constitutional amendment bill.

The ECP, in its order, observed that the alleged rebel parliamentarians had neither resigned nor made any media statement announcing that they have joined another party. Thus, it ruled that PTI has failed to substantiate that defection has occurred as per the provisions of Article 63A. However, it is pertinent to note that a 5-judge bench of the Supreme Court is currently hearing the presidential reference filed during the erstwhile government's regime seeking a lifetime ban on defectors from contesting elections.

The Election Commission of Pakistan ruled, "The burden of proof squarely lies on the petitioner to prove that the respondents have practically left PTI and joined another political party. From perusal of record, it reveals that petitioner has neither attached such reliable document with references nor been able to produce any such document that respondents have actually left PTI or tendered their resignations. Article 63A(1)(a) attracts penal consequences, therefore, no decision can be made on the basis of conjectures and surmises."

#ORDER - Declaration for Disqualification on grounds of Defection Under Article 63A (1) (a) of the Constitution of Islamic Republic of Pakistan #ECP #ElectionCommissionofPakistan #ORDER #Pakistan https://t.co/MhnAGl4xpJ

After completing three and a half years in power, the Imran Khan-led government was under fire over the surging inflation, increasing debt, misgovernance and mishandling of foreign policy which is reflected in the stalling of CPEC projects and US President Joe Biden's snub. On March 8, Pakistan's main opposition parties filed a no-confidence motion against Khan. Even without the rebel MPs, he faced imminent danger of ouster as his key allies BAP, MQM and JWP joined the opposition ranks. However, he managed to duck the no-trust vote with the then Deputy Speaker Qasim Suri disallowing the motion altogether.

In his detailed ruling, Suri claimed that the no-confidence motion was linked to the efforts of a foreign country to bring about a change of government in Pakistan. In a televised address immediately after the rejection of the no-trust motion, the Pakistan PM revealed that he had advised President Arif Alvi to dissolve the National Assembly to pave way for fresh elections. Subsequently, Alvi accepted this recommendation and asked Imran Khan to continue in office until a caretaker PM is appointed.

However, the Pakistan Supreme Court took cognizance of this matter, issued notice and made it clear that the steps taken by Khan, Alvi and Suri would be subject to the court’s final verdict. On April 7, a 5-judge bench of the SC unanimously held that Suri's decision to disallow the no-trust motion was unconstitutional and restored the National Assembly. Ultimately, the 1992 World Cup-winning captain was ousted as the PM after 174 Members of the National Assembly recorded their vote in favour of the no-trust motion.