Pakistan’s Imran Khan-led govt drew flack from the opposition over the expected Gross Domestic Product (GDP) growth rate figures that as per critics is ‘fake’. 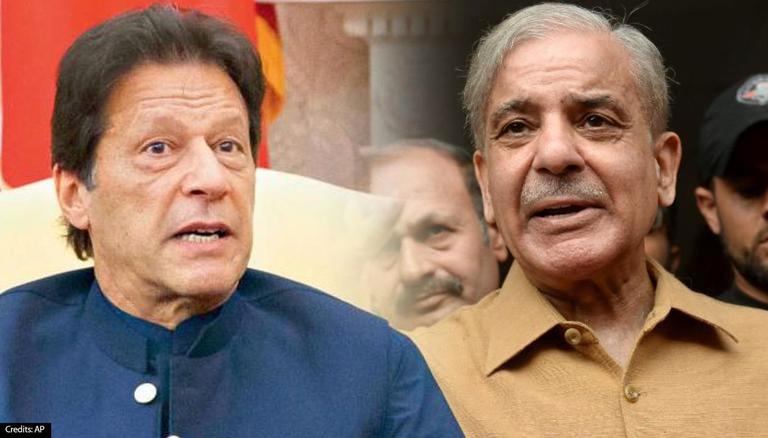 
Pakistan’s Imran Khan-led government drew flack from the opposition over the expected Gross Domestic Product (GDP) growth rate figures which according to them is 'unrealistic.' The ruling, Pakistan Tehreek-e-Insaf (PTI) government estimated GDP would hit 3.94% for the fiscal year 2020-21. However, the leader of the Opposition and President of Pakistan Muslim League-Nawaz (PML-N) in the National Assembly Shahbaz Sharif slammed the Imran Khan government in a series of tweets. Noting that Pakistan’s growth rate was 5.8% during the tenure of the Pakistan Muslim League (N) (PML-N), Sharif said that the premier’s 3.9% growth rate is also fake.

"An SBP (State Bank of Pakistan) representative objected to the figure being overstated. The Imran Khan-led Pakistan Tehreek-e-Insaf (PTI), in its first year, had increased the original figure from 1.9 per cent to 3.3 per cent. This year too, they lied," claimed Sharif.

He also said that independent economists have foreseen a decline in real incomes for Pakistanis this year. Sharif said, “Therefore, the growth rate -- put forward by the PTI -- this year is also unrealistic, which will be lower when it will be reviewed.” He further added that every week since February 5 this year, the prices have shown a 13% increase. He said, “Prices have increased by 17 per cent this week compared to last year.” 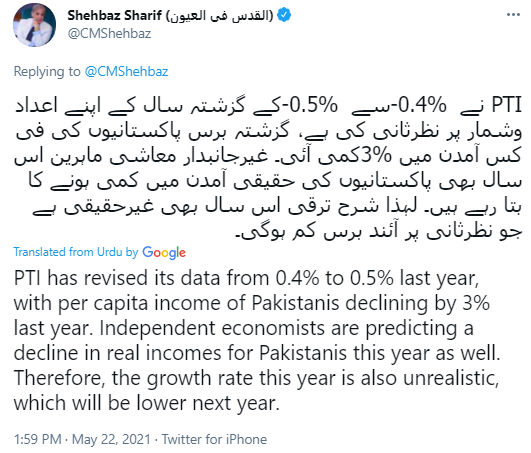 Reportedly, PML-N President noted that the middle-class households have suffered a major blow due to spiking inflation rate and prices of food which surged 14%, as per ANI quoting another media report. Sharif also opined that the PTI has left at least five million people unemployed and around 20 million in extreme poverty.

READ | Pakistan's Wahab Riaz reveals toughest batsman to bowl against; Can you guess the name?

"Imran Khan is running the country only for his friends," he said as per ANI.

He added, "In a successful economy, inflation is low, employment is high, the government plans schools, hospitals, and infrastructure. Where does our economy stand?"

Apart from Sharif, the Pakistan Peoples Party (PPP) Chairman Bilawal Bhutto Zardari said that the Imran Khan-led government has a ‘unique talent’ in being “absolutely shameless when it boldly and brazenly misleads the people.”  In a statement, Bilawal said that the federal government has been fabricating numbers and stacking statistics in their favour since they took over the control.

"Fudging economic figures may feed the large egos in the government, but it doesn't feed the people. These alleged facts and figures tantamount to gas-lighting the lived experience of the people who are being crushed under the economic failures of Imran Khan," he said.