Imran Khan Lectures On Siding Against 'evil'; Maryam Nawaz Taunts 'warning About Yourself'

Former Prime Minister of Pakistan Imran Khan talked about the 'Rule of Law Index' in his speech on Monday, October 10. 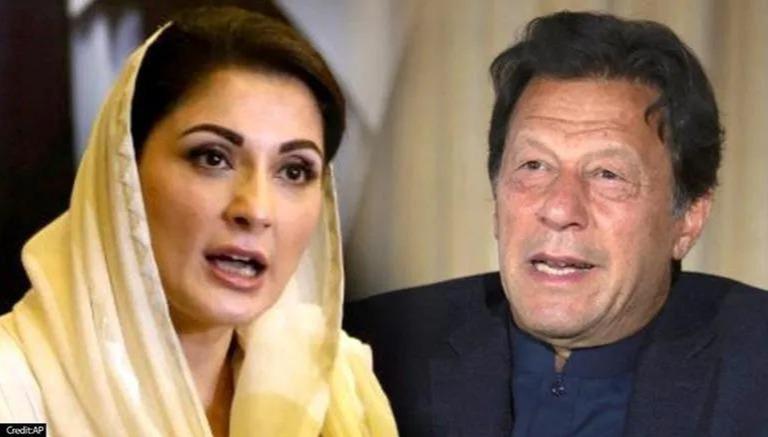 
Former Prime Minister of Pakistan Imran Khan talked about the 'Rule of Law Index' in his speech on Monday, October 10. The Pakistan Tehreek-i-Insaf (PTI) chief claimed that Switzerland topped the list, with a 99.9 per cent Rule of Law, and Nigeria was at the bottom with just a 7 per cent dispensation of justice. The cricketer-turned-politician further claimed that all Islamic states stood with 20 per cent or less, including Pakistan with less than 10 per cent.

He said, "There are fundamental principles on which the state of Medina was established. The number one principle was justice. In front of you, a spectacle is being made. Those who are in power, are keeping their own police, and their own jurists, and are getting saved. The commoners are the ones who are facing the brunt."

Coming to the second principle, Khan said, "It is the direction of the almighty to the people to stand with the good and against the bad."

The speech of the former Pakistan Prime Minister was posted by local media on Twitter. Sharing the post, Maryam Nawaz, Vice President of Pakistan Muslim League-N (PML-N), took a dig at the PTI President, saying, "That is why we tell everyone not to follow you."'

The cricketer-turned-politician, who was removed from the post of Prime Minister on April 10 this year, is the first sitting PM in the history of Pakistan to be removed from office through a no-confidence motion. A coalition led by the ruling PML-Nunder Prime Minister Shehbaz Sharif took charge of the prime minister's office after Khan's removal.