"I will also disclose the name of the second officer,"Imran Khan said, adding that officer was sitting in the same control room as the first officer. 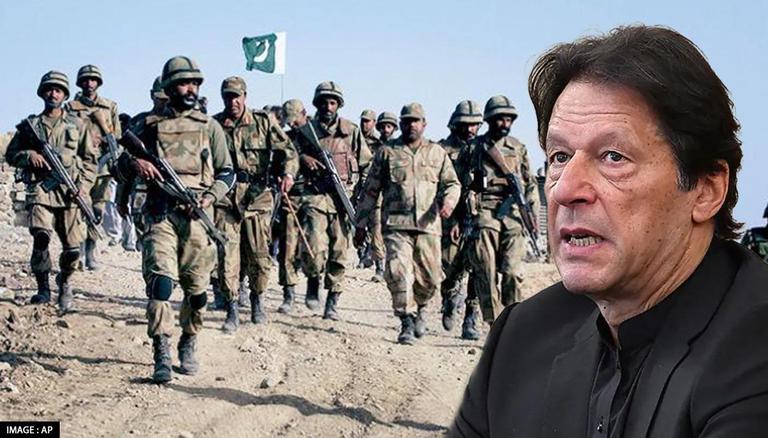 
Pakistan's ex-Prime Minister and Tehreek-e-Insaf (PTI) Chairman Imran Khan on Wednesday, Nov 9 threatened to expose the names of the military officials who plotted to assassinate him. In a series of tweets from his official handle, Khan threatened to expose the name of a second military officer who he said planned his assassination bid nearly two months ago, Samaa TV reported.

I wiĺl also disclose the name of the second officer who was sitting with Maj General Faisal in the control room from around 12 noon to 5 pm monitoring the execution of the plot.

In the footage that he attached to his messages, the ruling Shaebaz Sharif government allegedly accused him of blasphemy and in one other the Pakistan official conducted a television programme to prove he blasphemed. He stated referring to the videos that "four people sitting behind closed doors had planned to murder him". "Now if someone assassinates me, they will say that a religious fanatic did it," he said, adding that the videos were kept away abroad and in them, he has clearly identified our people plotting to kill him. Khan has already openly accused Pakistan Prime Minister Shehbaz Sharif, Interior Minister Rana Sanaullah, and a senior military intelligence officer of trying to kill him.

"I will also disclose the name of the second officer," he said, adding that the officer was sitting in the same control room as the first officer from around 12 noon to 5 pm "was monitoring the execution of the plot".

Khan labels  FIRs on his assassination as 'farcical'

The ex-Pakistan premier's accusations and threats came as country-wide protests against his attack continued in Pakistan. The PTI insisted on the registration of an FIR against the assassination bid for trying to eliminate the chief. A First Information Report (FIR) against the attempted assassination has been registered on Monday after an apex court issued a 24-hour ultimatum to the Punjab Police, according to Geo News. Pakistan's Supreme Court ordered the IG of Punjab Police, Faisal Shahkar, to register an FIR with respect to the gun assault and an assassination attempt on him. PTI leader Shireen Mazari lambasted the ruling government and the judiciary, saying that FIR is an "attempt at a complete cover-up by the three accused through the power of their positions and the state".

While Khan alleged that he can expose the military officials involved in the assassination bid, in his several interviews to the news channels this week he failed to offer any evidence to back his claims. He also labelled the FIR filed by the Punjab province in the case concerning the assassination bid against him as "farcical," insisting that his lawyers will soon put forward his position.

"On the issue of the farcical FIR, my lawyers will give my position. All my life I dreamt of seeing my country as a prospering welfare state and my struggle throughout has been to make this dream a reality for my nation. Today the nation has awakened, understood and risen in support of my message of justice, freedom and national sovereignty," Imran Khan tweeted.
"When we are so close to our goal no fear or threat of death can stop my struggle," he added.