Imran Khan told the people of Uzbekistan that he probably knew more about them than most citizens of their country since he had been a student of history. 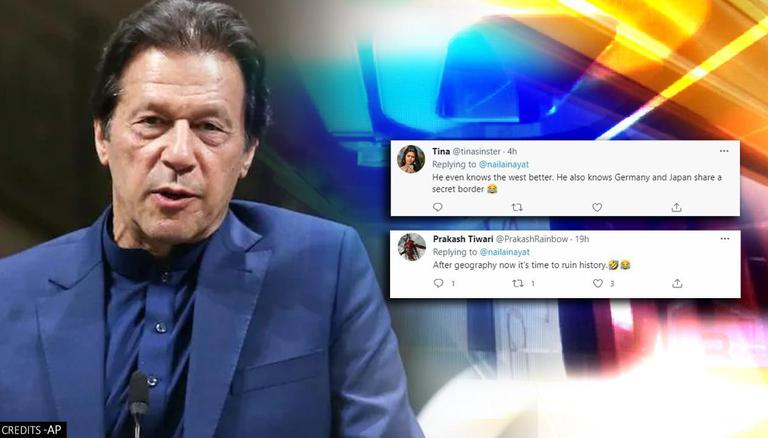 
After his infamous remark on Germany and Japan sharing a border, Pakistan Prime Minister Imran Khan failed to impress netizens with his knowledge of history after he claimed to know more about Uzbekistan than its own people at a conference in Tashkent on Thursday. Addressing the Uzbekistan-Pakistan Business Forum on ‘Central and South Asia 2021: Regional Connectivity Challenges and Opportunities,’ Imran Khan told the people of Uzbekistan that he probably knew more about them than most citizens of their country since he had been a student of history.

"My great reason for coming here was...I am looking forward to my trip tpo Bukhara and Samarkand. As I said, I am a student of history so I know probably more history about Uzbekistan than most people of Uzbekistan," said Imran Khan at the conference.

He is a student of history who knows the history of Uzbekistan more than the people in Uzbekistan. pic.twitter.com/tJvAZWTLP0

Several netizens had fact-checked the Pakistan Prime Minister then and had reminded him that it was in fact France and Germany who shared borders and had collaborated to lay the foundation of the European Union. Given his past record, netizens failed to believe that Imran Khan knew more about the history of Uzbekistan than its own people.

After geography now it's time to ruin history.🤣😂

infact he is the only person who know the universe more than rest of the human species ever.

#Uzbekistan has a new #Historian pic.twitter.com/OeVmEclcT4