Turkey has not made any changes to its visa policy toward Pakistani nationals, clarified the Pakistan Embassy in Ankara on Friday refuting the media reports. 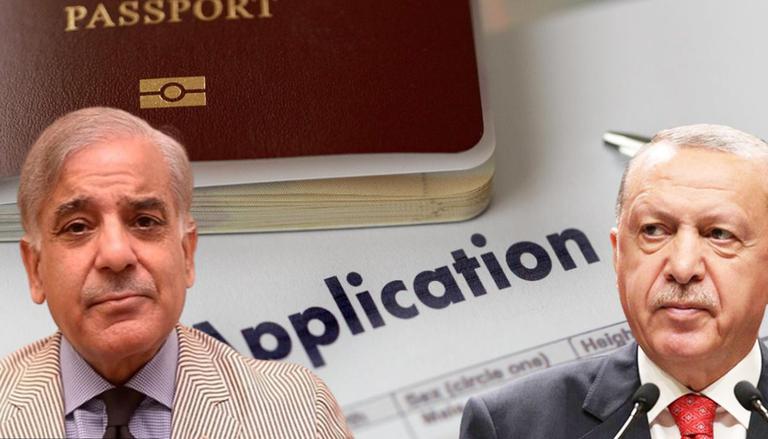 
Turkey has not made any changes to its visa policy toward Pakistani nationals, clarified the Pakistan Embassy in Ankara on Friday refuting the Turkish media reports. In a  statement shared on Twitter, the Pakistan Embassy in the transcontinental country stated, “In response to various media reports, it is clarified that Turkey has not made any changes in its policy of issuing visas and residence permits specific to Pakistan nationals” while adding the diplomatic staff remains in “close contact” with the Turkish authorities on the matters related to the consulate. 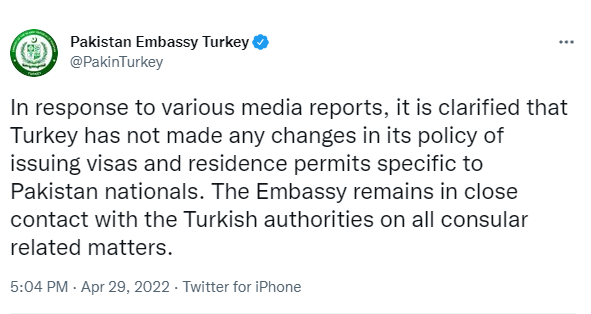 The media reports, dismissed by the Pakistani mission in Turkey, stated that Ankara had decided to tighten its visa policy for nationals from Pakistan after some Pakistanis were found to be involved in the abduction of four Nepali citizens in Istanbul. Recep Tayyip Erdogan-led government reportedly went on to make visa policies for Pakistani nationals after four Nepali citizens were kidnapped “at gunpoint” from Taksim Square by a group of six Pakistan nationals. Media reports had stated that Nepalis were also subjected to torture after the abduction.

Apart from the abduction of Nepali citizens, in another incident, some Pakistani nationals were also detained by the Turkish authorities for protesting the ouster of Pakistan’s former Prime Minister Imran Khan from the office. The arrested protesters were ultimately released upon the intervention of Pakistani diplomats.

It is to note here that a significant number of Pakistanis work and live in Istanbul, Ankara along with several other major cities in Turkey. Additionally, every month several hundreds of Pakistani citizens visit the transcontinental country, as per the report. Last year, another group of Pakistani nationals was apprehended in Istanbul for kidnapping fellow countrymen and demanding a 50,000 euro ransom.