Imran Khan reacted to incident, saying that sealing of Centaurus Mall by "PDM mafia" and censuring sacrifices of Kashmiris shows there is "law of jungle in Pak" 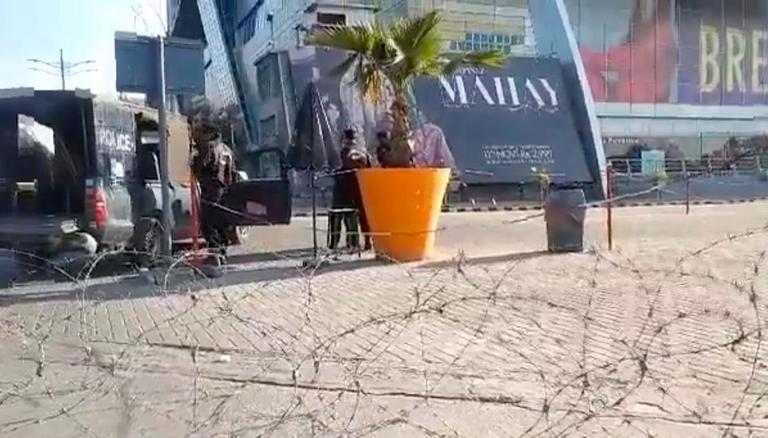 
A shopping and residential tower in Pakistan's Capital of Islamabad was sealed off in an overnight raid after a brawl led to an altercation between Shehbaz Sharif and Pakistan-occupied Kashmir (POK) Prime Minister Sardar Tanveer Ilyas. Pakistan Tehreek-i-Insaf (PTI) stalwart, who owns the business center was issued six notices over mismanagement of Centaurus Mall between 2014 and 2022, when finally on Thursday, Pakistan's Capital Development Authority (CDA) took the drastic step of shutting down the center.

The authorities alleged that Ilyas' upscale business center was involved in “non-conforming use ” in violation of the regulations and sealed both Jinnah Avenue and Centaurus Mall post a verbal altercation between the sitting Pakistan premier and the POK leader. The administrative staff and the security detail were asked to leave before the building was sealed by a joint team of CDA, according to Pakistan Today. PTI leaders were quoted by The Dawn as saying that the mall owned by Sardar Tanveer Ilyas was sealed in an act of "political revenge."

"The premises have been sealed on account of non-conforming use by order of director building control-city, CDA (Capital Development Authority)," the notice of CDA read.

All Pakistan Anjuman-i-Tajiran (APAT) union of businessmen Ajmal Baloch told The Dawn that people who are on risk of losing their livelihood will come out on the streets and protest. "The sealing of the mall is an act of revenge," he alleged. Baloch expressed concern about the livelihoods of the people, as he noted that the act of sealing the building was just for political revenge and" is not at all right."

Yesterday Sardar Tanveer Ilyas had a heated argument with Crime Minister Showbaz and today Centaurus Mall has been sealed !

Pakistan's former Prime Minister, Imran Khan, reacted to the incident by saying that the sealing of Centaurus Mall by "PDM mafia" and censuring sacrifices of Kashmiris shows there is a "law of the jungle in Pak since last 8 months." It sends a negative signal to the Kashmiris, he added.

Sealing of Centaurus Mall by PDM mafia in response to PM AJK censuring SS for not mentioning sacrifices of Kashmiris shows there is law of the jungle in Pak since last 8 mths. Sends negative signals to Kashmiris too. Q for our Honourable Judges: Are they not upholders of the Law? 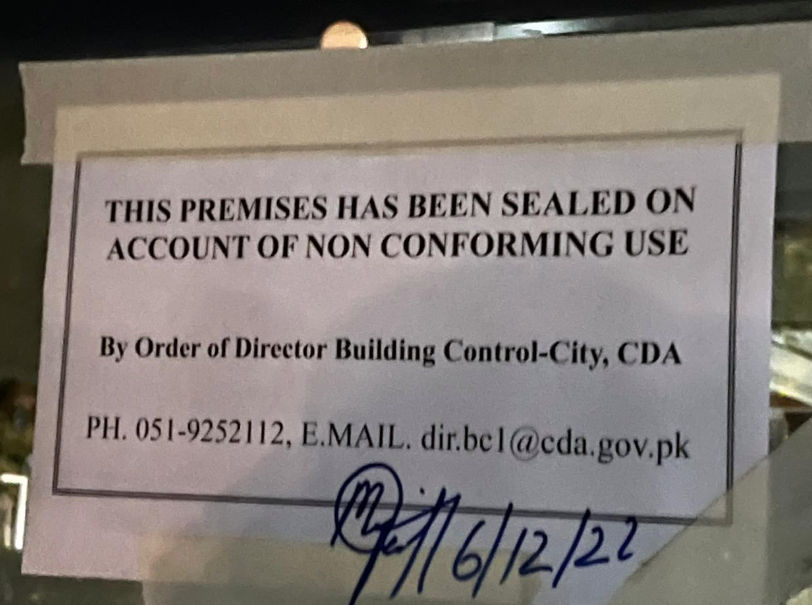 People flooded the streets of Muzaffarabad in Pakistan-occupied Kashmir (POK) this week protesting against Pakistan Prime Minister Sharif for insulting their Prime Minister Sardar Tanveer Ilyas. They chanted anti-Pakistan slogans and revolted against Sharif's visit by torching the tires, setting vehicles ablaze, and blocking the roads. People demanded an apology from Shehbaz Sharif for his behavior against their Prime Minister, ANI reported. In what is being viewed as a disregard and a violation of the government protocols, Pakistani Prime Minister Shehbaz Sharif was recorded insulting PoK PM Tanveer Ilyas in footage that was leaked.

Sharif used an intimidating tone against the PoK premier as he attempted to correct him during his speech. "Pakistan Prime Minister Shezbaz Sharif owes an apology to our Prime Minister and the people of Kashmir. If this is not done, we will block the region and protest on the roads," a protestor said, according to ANI. People in the Pakistan occupied Kashmir have staged several such protests against the Pakistani government demanding support for their rights, but their demands have been ignored.