Maryam Nawaz said ex-Pakistani generals were "not loyal to their institution" and asked them to return their medals if they were interested in politics. 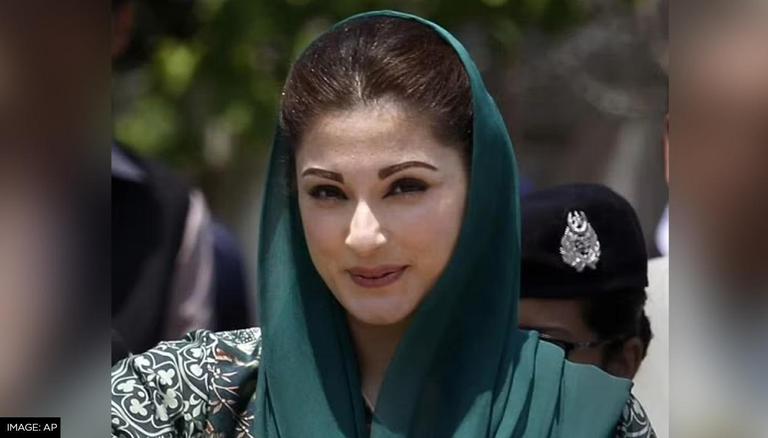 
In the latest development, Pakistan Muslim League-Nawaz (PML-N) Vice President Maryam Nawaz hit out at the former generals of the Pakistani armed forces. Criticizing the ex-generals of the armed forces who had called for the dismissal of assemblies, Nawaz said that they were "not loyal to their institution" and asked them to return their medals if they were interested in politics, ANI cited The Express Tribune report.

Speaking to the media outside the Islamabad High Court, Maryam Nawaz said that the government led by Prime Minister Shehbaz Sharif is trying to complete its term. She further asked the media to criticize the people who had turned the "things worse."

Nawaz said that the government in Pakistan cannot be ousted through "bullying" and stressed that institutions should not be brought into politics. Highlighting the efforts of the government, Maryam Nawaz said that PM Shehbaz Sharif is "working day and night" to improve the situation with respect to Pakistan's economy. Speaking about power outages in Pakistan, PML-N Vice President Maryam Nawaz announced that 5,000 MW would "soon" be included in the electricity system, as per the ANI report.

Further lashing out at the former Pakistan Tehreek-e-Insaf (PTI) government, Nawaz stressed that the demand for electricity was increasing in Pakistan and Ex-Prime Minister Imran Khan had shut down all the power plants that were set up by Nawaz Sharif.

On May 28, Maryam Nawaz called on the Pakistani judiciary to remain "impartial" and keep its distance from Pakistan Tehreek-e-Insaf (PTI) chief Imran Khan's politics.

Speaking at a public gathering in Bahawalpur, Punjab, Nawaz said, "Imran Khan, the revolution that you want to bring through the Supreme Court, the SC itself, along with the people of Pakistan, will foil it," ANI reported citing Geo News.

She further said that former Pakistan PM Imran Khan first involves institutions in politics and later speaks abusive words against them. Nawaz said that Imran Khan used all his resources to gather people for the march and he could not even gather 25,000 people from across the country. Her remarks came as the PTI chief called off his long march and called on Pakistan Supreme Court for help. Since being ousted from the power, Khan has been consistently calling for early elections and making allegations about a foreign conspiracy against him.