Maryam Nawaz Demands Pak PM Imran Khan To Quit; 'If Any Sense Of Shame Left, Get Out' 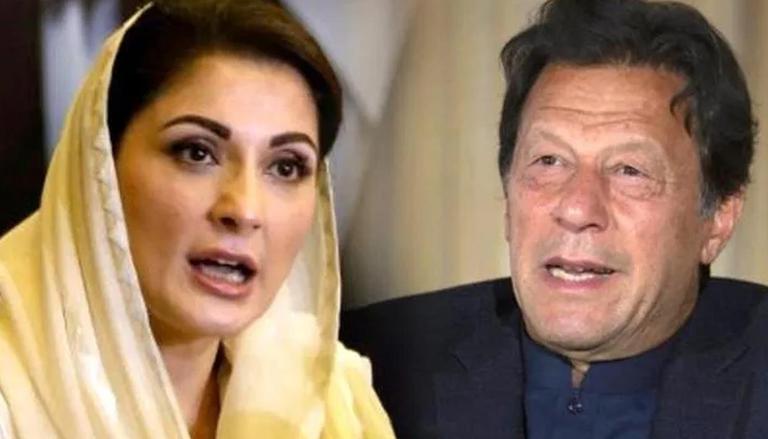 In an apparent reference to Imran Khan, Maryam Nawaz thundered, "You cannot save the government, God willing, but if you have any shame left then save it and leave," The News International reported, citing the PML-N leaders' Twitter handle. Notably, the opposition factions have moved a no-confidence motion against the Imran Khan-led administration, the voting for which is likely to occur on March 28 after the National Assembly session is convened on March 21.

Pakistan opposition in a huddle

Meanwhile, earlier in the day, the opposition leaders Pakistan Peoples Party (PPP) President Asif Ali Zardari and his son Bilawal Bhutto, met at the residence of the Pakistan Muslim League (N) leader Shehbaz Sharif to discuss the unfolding situation ahead of the no-confidence motion. During the meeting, the Opposition leaders discussed the future course of action. In the current situation, it would be difficult for Imran Khan to save his government as few of his own MLAs have rebelled against the PTI regime. Some of the founding members of PTI have also reportedly demanded the resignation of cricketer-turned-politician.

Amid the looming no-confidence motion against his government, Imran Khan met Army Chief General Qamar Javed Bajwa on Friday. The meeting reportedly revolved around the recent political developments in the country, with some local media reports suggesting that the agenda of the meeting could have revolved around the forthcoming Organisation of Islamic Countries (OIC) summit in Pakistan, the ongoing unrest in Balochistan and the upcoming no-confidence motion against Imran Khan.

The issues between Imran Khan and Pak Army became visible when the former, during his speech on March 11, rebuffed Bajwa's advice to not use demeaning remarks against Opposition leaders.

"I was just talking to Gen Bajwa (Chief of Pakistani Army) and he told me not to refer to Fazl as 'diesel'. But I am not the one who is saying that. The people have named him diesel," Khan reportedly said referring to JUI-F leader Maulana Fazlur Rehman.