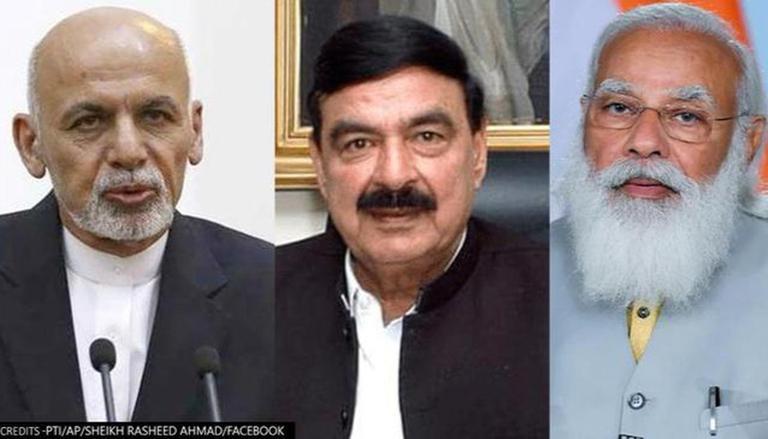 
In a bizarre attack on India, Pakistan Interior Minister Sheikh Rasheed Ahmed has accused Afghanistan and India of "distorting" facts related to the kidnapping of the daughter of Afghan envoy, news agency ANI cited Dawn report. Addressing a press conference, Ahmed said that the incident was part of a series of attempts to destabilise Pakistan. He stated that the authorities found no evidence of kidnapping in the incident concerning Afghan envoy Najibullah Alikhil's daughter.

Days after the Afghan envoy's daughter Silsila Alikhail was kidnapped and assaulted by an unknown group of perpetrators in Islamabad, Sheikh Rasheed Ahmed said that according to the investigation, this is not a case of abduction as no man sat in any taxi, ANI cited Geo News report. He claimed that the Afghans and Indians are trying to "twist the facts". Pakistan Interior Minister Sheikh Rasheed Ahmed on Sunday claimed that the kidnapping of Silsila Alikhail was an "international conspiracy". He alleged that international powers were trying to create a misunderstanding between China and Pakistan.

Ahmed recalled the Johar Town blast and Dasu explosion and claimed that these incidents were part of "hybrid warfare" against the country. He stated that efforts were being made to create a bad impression of the security situation of Pakistan to the rest of the world. Earlier on July 18. speaking to Geo News, Sheikh Rasheed Ahmed said that the Afghan ambassador’s daughter had left her home on foot and arrived in Khadda Market for shopping. Divulging the details, he said that the girl went from F-7 to Daman Koh and then over to the F-9 Park area. He added that she took a taxi from Daman Koh and did not return home. The minister said that the CCTV footage showed that the girl had used three taxis.

On July 16, Afghanistan's envoy to Pakistan Najib Alikhail's 26-year-old daughter Silsila Alikhail was kidnapped and released after several hours from the capital city of Islamabad. The official statement released by Afghanistan stated that the envoy's daughter, Silsila Alikhail, was tortured by kidnappers before she was released. The Minister of Foreign Affairs called for immediate action to identify and punish perpetrators.