The internet is furious after a clip shared by Pakistan Tourism's Twitter account shares a video of a man trying to discipline his wife by threatening her. 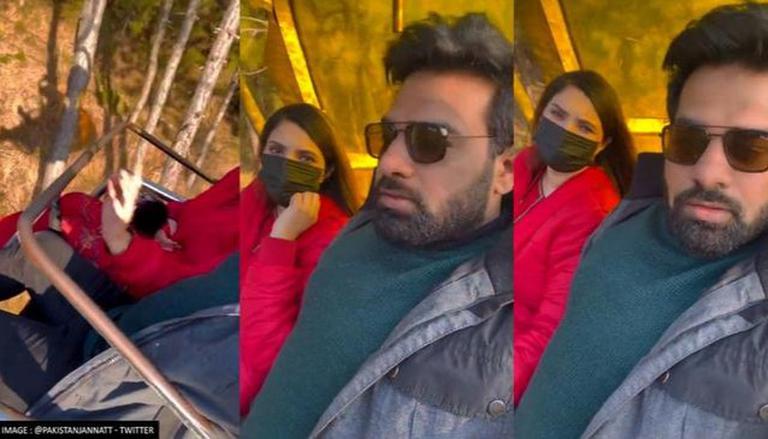 
A video tweeted by Pakistan Tourism, an account that has almost 5,00,000 followers has gone viral all over the platform and the Internet is rightly furious at its contents.

The clip, which has been viewed more than 6,68,000 times, is being called out for its poor attempt at displaying Pakistan tourism while promoting stereotypes and sexism. The account also tweets, “Tourist way to get revenge on wife,” along with the clip.

The man in the clip attempts a supposedly “funny” revenge on his wife which can be considered in bad taste. The video begins with the man and the woman riding a cable car. As the video plays, the man tries to open the safety belt in an attempt to scare the woman while also threatening to throw her down if she does not stop badgering him. The woman can be observed as visibly scared and asks the man to forgive her which she follows by touching his feet. All this while, the man is recording the video.

The reaction to the video on Twitter was mixed with most of the replies pointing out the bad taste and normalisation of abuse between couples. Some of the Twitterati replied that the video was an attempt at humour and did not deserve any hate or attention.

Rabiya Javeri Agha, the Chairperson for the National Commission for Human Rights in Pakistan also replied to the tweeted video saying, “These adverts are in incredibly bad taste & promote & create acceptance for a culture of abuse & violence amongst couples...they have nothing to do with tourism whatsoever.”

These adverts are in incredibly bad taste & promote & create acceptance for a culture of abuse & violence amongst couples...they have nothing to do with tourism whatsoever..

This is in very poor taste. Please move into the 21st century & consider greater sophistication, sense & sensibility while promoting Pakistani. This promotes nothing but stereotypes & a certain kind of hegemony. This is hardly the Pakistan we want to promote. So disappointing

It is distasteful and unpleasant. Haven’t been able to identify the joke in this, maybe you need to work on your sense of humour.

Bakwas! It's 2022,even if it's for fun or audience,gotta leave these crap husband/wife jokes behind!

Shame upon the morals tht u hold Pakistan tourism ..it neither humourous in any way nor it has something entertaining to offer ...mAn is saying to his wife touch my feet .. this is kinda respect u wanna promote for women ..

Pakistani Tourism, are you seriously using it to promote your business?
This is terrible. It’s not funny at all.