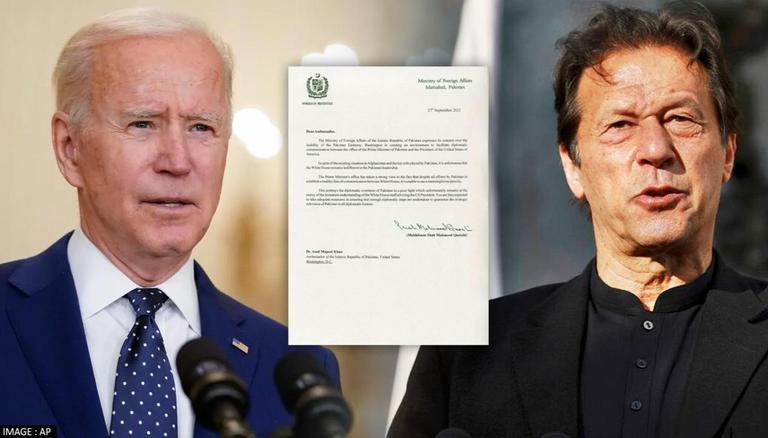 
Cornered globally as a supporter and patron of terrorism and floundering internally as a result, on September 27, Pakistan's Foreign Minister Shah Mahmood Hussain Qureshi 'expressed concerns' over the incompetence of the country's own Embassy in Washington in engaging with US President Joe Biden. Bragging about the PM Imran Khan-led state's role in the Taliban conquest of Afghanistan, Qureshi penned an embarrassing confession that, "It is unfortunate the White House remains indifferent to the Pakistani leadership.

"Pakistan expresses its concern over the inability of the Pakistan Embassy in Washington in creating an environment to facilitate diplomatic communication between the office of the Prime Minister of Pakistan and the President of the United States of America," the letter addressed to the Pakistan Ambassador to the US, Dr Asad Majeed Khan, read. 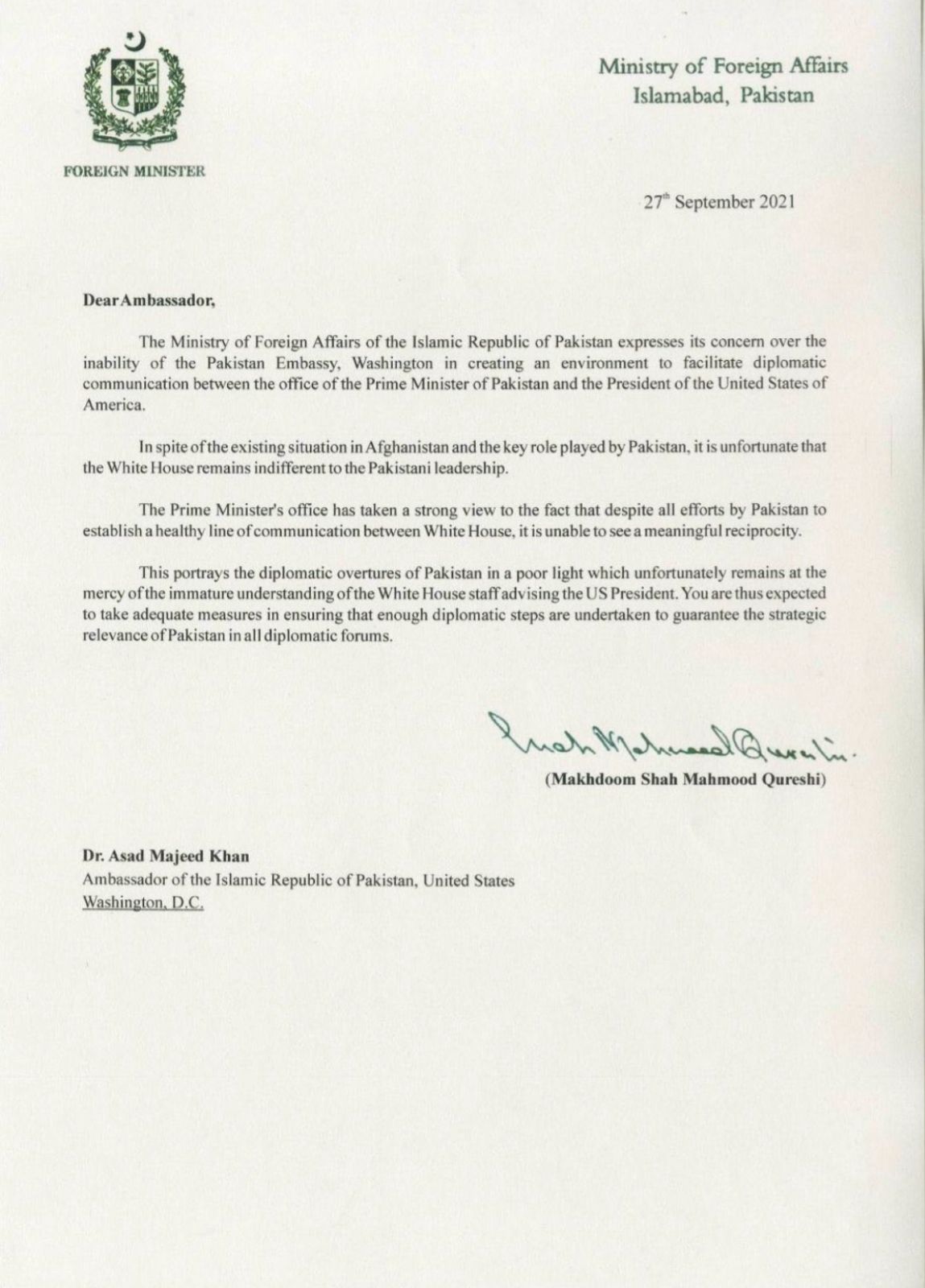 The desperation is palpable as Qureshi admits in his letter that Pakistan fails to see a 'meaningful reciprocity' from the US President despite 'all efforts by Pakistan'. Implying and discreetly accepting that the world has witnessed Pakistan's vivid nexus to terrorism over the years and garnering opportunities to recognise the hardline extremist outfit Taliban as a form of government in the war-ravaged country of Afghanistan, Qureshi is audacious enough to write, "key role played by Pakistan" (in Afghanistan).

"In spite of the existing situation in Afghanistan and the key role played by Pakistan, it is unfortunate that the White House remains indifferent to the Pakistani leadership," the letter read.

Qureshi resorted to rather calling out the incapability of the Pakistani envoy in Washington or deeming the understanding of the White House advisory the US President as immature, but failed to comprehend the reluctance in world leaders to befriend PM Imran Khan or maintain cordial ties with Pakistan.

"This (no contact) portrays the diplomatic overtures of Pakistan in a poor light which unfortunately remains at the mercy of immature understanding of the White House staff advising the US President. You are thus expected to take adequate measures in ensuring that enough diplomatic steps are undertaken to guarantee the strategic relevance of Pakistan in all diplomatic forums," Qureshi penned down.

On September 27, a senior White House official had said they cannot 'predict' when President Biden would make a contact to or call Pakistan PM Khan. This comes to the fore despite a couple of high-level engagements between both nations. During a recent interview with an American media house, Pakistan PM had complained of a 'busy' President Biden. He went ahead to say that the US President has not bothered to speak to him despite Washington seeking Pakistan's support in stabilising and reaching out to the war-ravaged state of Afghanistan.

READ | Who is Pakistan ISI's New Chief? All you need to know about Lt. General Nadeem Ahmed Anjum

While Khan has occasionally expressed his desire to associate with the US administration under the Biden regime to deepen bilateral dealings, he has also claimed that the US sees Pakistan as 'useful' only for clearing the 'mess' it has left behind in Afghanistan and 'prefers' India when it comes to strategic ties.

While replying to a question on whether Biden could make a call to Imran Khan in the near future, during a daily briefing, the White House Press Secretary, Jen Psaki, responded, "I do not have anything to predict at this point in time. If they do a call, we will of course read it out to all of you."

In the past, Imran Khan has expressed his disappointment over Biden's reluctance to call or talk to him since he assumed office in January 2021. On September 15, Khan had curtly said about the President, "He is a busy man." While Khan has admitted that he had made no calls since the Taliban takeover of Afghanistan on August 15, upon being asked about the missing contact, PM Khan had even asked, "Why is he (Joe Biden) too busy to call?"

On the other hand, while speaking to foreign journalists in Pakistan, he had stated that he was not 'waiting' for a telephonic conversation from Biden.

"I keep hearing that President Biden has not called me. It is his business. It is not like I am waiting for any phone call," Khan said, fooling nobody.