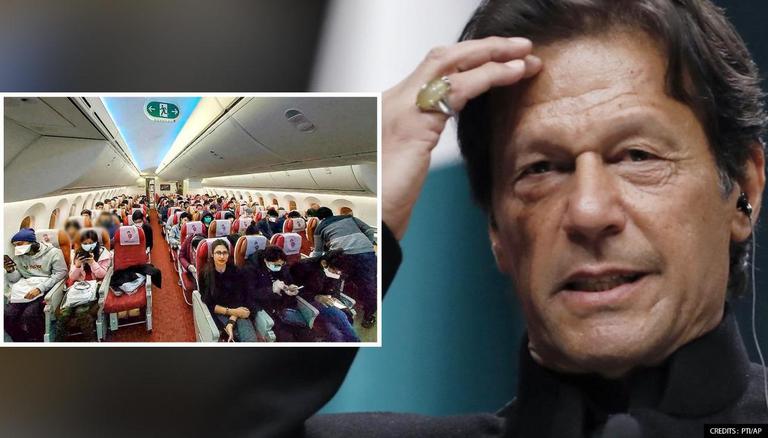 
A Pakistani couple was allegedly caught kissing on an Airblue flight last week, causing an uproar on the aircraft with a passenger filing an official complaint with the Civil Aviation Authority (CAA). The event took place on PA-200, a Karachi-Islamabad flight, on May 20.

When they did not pay heed to her request, she reportedly provided the couple with a blanket to keep their display of affection under wraps. Passengers claim that when the couple was confronted over their actions they hit back asking, "Who are you to tell us anything?"

Advocate Bilal Farooq Alvi, who was on board the plane, filed a complaint with the CAA against the airline staff for not taking action to stop the couple. The authority is now investigating the matter. The advocate also issued a video message on social media claiming to detail the couple’s actions in the presence of families aboard the flight.

In yet another bizarre event reported on the flight, a couple from Tamil Nadu’s Madurai tied the knot mid-air to avoid lockdown restrictions in the state. The couple, Rakesh and Dakshina, booked a SpiceJet chartered flight from Madurai and tied the knot when the plane was above the Madurai Meenakshi Amman Temple. There were 161 guests who ‘attended the wedding’, three times more than the officially allowed 50 guests by the Tamil Nadu government.

After the incident caused a furore, the airline operator issued a statement claiming that it had no knowledge of the intentions for which the charter plane was booked. Taking note of the events that have transpired, SpiceJet said that its Boeing 737 was chartered by a travel agent in Madurai on May 23, 2021, for a 'joy ride' post the wedding of a couple. The airline has said that the client was 'clearly briefed' on the COVID guidelines and denied permission for any activity to be performed onboard the flight.

READ | SpiceJet breaks silence on couple who held marriage on its flight; claims being blindsided
First Published: 26th May, 2021 23:26 IST
SUBSCRIBE TO US

WE RECOMMEND
Pakistan rules out possibility of giving military bases to US for anti-terrorism missions
India vs Pakistan on UAE soil? Here's how the rivalry could get rekindled this year
US security assistance to Pakistan remains suspended, says Pentagon
Pakistan High Commission in London attacked by Afghan protestors amid peace talks
Pakistan PM Imran Khan's meme enters fray as IPL side jokes with Jaffer on 'Twitter ban'