Whilst holding a dialogue with his Saudi counterpart, Pakistan’s FM Qureshi was seen pointing his shoe at the Saudi diplomat as he sat across the table. 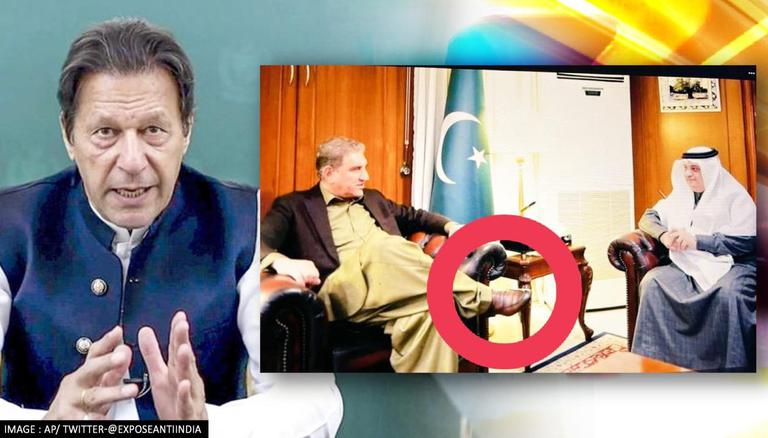 
Pakistan's foreign minister Shah Mahmood Qureshi has irked the Saudi citizens and has attracted a public backlash over ‘disrespecting’ Saudi Arabia’s ambassador to Pakistan Nawaf bin Said al-Malki, whom he received during the latter’s Islamabad visit. Qureshi is being bashed by the netizens for his offensive sitting posture, which the internet has condemned as “against diplomatic norms” and tasteless. Whilst holding a dialogue with his Saudi counterpart, Pakistan’s Foreign minister Qureshi was seen pointing his shoe at the Saudi diplomat as he sat casually across the table at some distance with one leg over the other, in a relaxed manner.

Citizens of Saudi Arabia are storming the social media criticizing Foreign Minister Shah Mahmood Qureshi for violating diplomatic ethos while sitting cross legged during a meeting with His Excellency Ambassador Nawaf Al-Maliki at the Ministry of Foreign Affairs. @KSAembassyPK https://t.co/NVzTdnTyUw

The two were photographed holding a meeting and Pakistan foreign minister’s sitting etiquette has caused a huge uproar as netizens labelled it not only ungracious but also insulting to another country’s political figure. “Frankly speaking, if I was one of the Saudi Ambassadors, I would’ve left,” a Saudi Arabia citizen wrote on Twitter, deriding the Pakistan minister’s behaviour. The Pakistanis joined the protesting Saudis as they stated that Qureshi needed to grasp some basic manners and had to put up a respectable act. 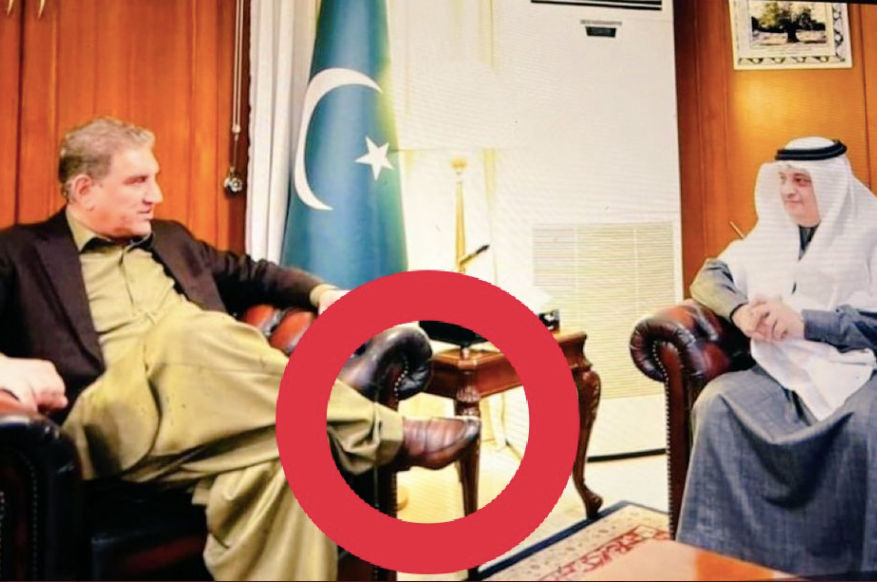 Foreign Minister #ShahMahmoodQureshi has come under fire from netizens in #Pakistan for sitting in what they referred to as a disrespectful manner during his meeting with a Saudi Arabian ambassador.@NaelaQuadri @omarchakarzai @waheed_shahwani pic.twitter.com/yi7ChvyinE

Foreign Minister Shah Mahmood Qureshi not only earned disgrace for our country but also proved to be uncivilised person. He is not eligible of holding any position like FM. He needs learning basic norms of a human being.

"Pakistan's foreign minister is in dire need of learning literature. Pakistan begs from Saudi Arabia every year," a Pakistan based Twitter handle lashed out. One other Saudi citizen meanwhile pointed out that Qureshi’s was sitting with his shoe facing his guest's face which, they said, was utterly disrespectful. “Shah Mahmood Qureshi dare to sit like this in presence of General Bajwa as he showed sitting with the foreign ambassador?” one questioned.

Qureshi had similarly caused controversy after he made distasteful remarks about the Saudi Arabia-led Organisation of Islamic Cooperation (OIC) and lambasted the Saudi ministers. Pakistan’s Foreign Minister hurled a ‘warning’ to OIC for allegedly “dilly-dallying” on holding a meeting of its Council of Foreign Ministers (CFM) on Kashmir on a talk show on ARY News. Pakistan’s Foreign Office had to later clarify that Qureshi’s remarks were a so-called “reflection” of people’s aspirations and expectations from the OIC.

Qureshi however continued to blast the OIC member states allegedly over India’s grave violations of human rights. After his conduct was questioned and his remarks caused an uproar, Qureshi issued a statement, saying, “The people of Pakistan have deep respect for the custodian of the two holy mosques. Pakistan remains deeply committed to the sovereignty and territorial integrity of Saudi Arabia.”