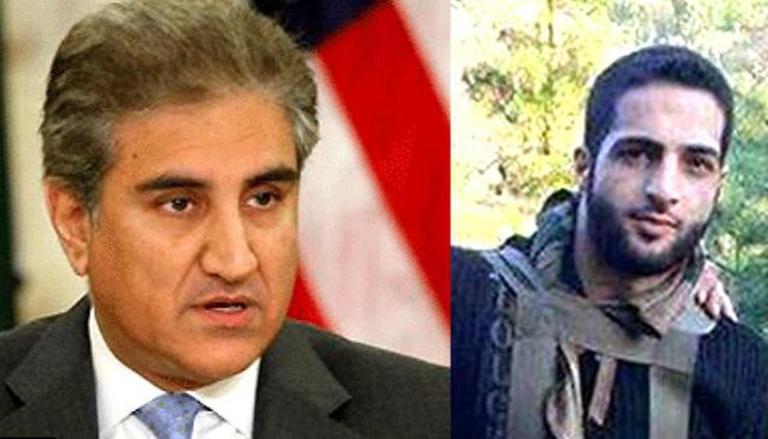 
The Pakistan government on Thursday glorified terrorist Burhan Wani on his death anniversary. The country’s Foreign Ministry has once again come out to claim the terrorist as a ‘symbol of Kashmiri struggle’ by remembering him on his fifth ‘martyrdom’ anniversary. India in the past had slammed Pakistan for making a martyr out of the Hizbul Mujahideen terrorist.

The Pakistan Foreign Ministry, who has always been vocal about the death of Burhan Wani, has decided to commemorate him on his death anniversary. The Hizbul Mujahideen terrorist, who was killed on July 8, 2016, was mentioned as a ‘martyr’ by the Pak government. The ministry in their statement also called upon the international community to ‘resolve the Kashmir dispute'.

The spokesperson for the Pakistan Foreign Ministry Zahid Hafeez Chaudhri, in a tweet called Burhan Wani a 'martyr'. He said, “On the fifth martyrdom anniversary of prominent Kashmiri youth leader Burhan Muzaffar Wani, we pay tribute to his selfless contribution to the just struggle for right to self-determination of the Kashmiri people, and through him to the oppressed people of IIOJK.”

It further said, “Burhan Wani, through his sacrifice, has come to rightly symbolize the indigenous Kashmiri struggle against the illegal Indian occupation. Since his martyrdom in 2016, hundreds of Kashmiri youth have lost their lives at the hands of Indian occupation forces in IIOJK. This day should serve as a reminder to India to end its egregious human rights violations in IIOJK, and take concrete steps towards resolution of Jammu and Kashmir dispute as per the UNSC resolutions. We also call upon the int’l community to play its due role in this regard.”

Burhan Wani, who is seen as a prominent face for Hizbul Mujahideen in Kashmir, was killed on July 8, 2016, by security forces in Anantnag district following an attack. The killing had then triggered chaos and violence against the security forces in the Valley resulting in the death of dozens of civilians. The Pak ministry later used the terrorists death as a tool to hit out at India’s security forces in the area. Pakistan in 2018, had come up with an idea to make stamps for Burhan Wani. India, however, voiced its objection to the move as it was "glorifying" the Kashmiri terrorist. Last year, a partial shutdown was observed in many parts of Kashmir in commemoration of the terrorist’s death.