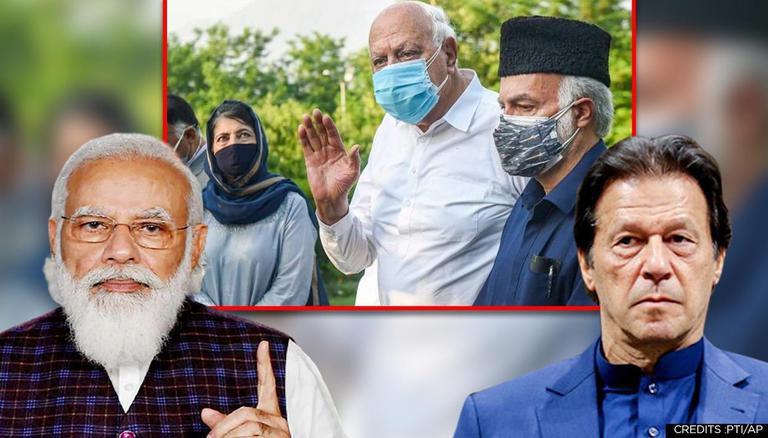 Qureshi issued a statement that reads, "Pakistan had resolutely opposed India’s actions of 5 August, 2019 and taken up the issue at all international fora, including the UN Security Council. Pakistan is firmly resolved to oppose any Indian moves that sought to divide and bifurcate J&K to change the demographic structure of the occupied territory, further dilute the distinct identity of the Kashmiris, and perpetuate Indian occupation of J&K. As a forewarning, he had apprised the President of the Security Council and the UN Secretary-General about India’s possible moves".

It added, "Referring to the illegal domicile rules and land laws introduced by India in J&K, which were aimed at converting Kashmiris into a minority in their own land, the foreign minister underscored that such Indian actions to impose a new demographic reality on J&K were a clear violation of international law including the UN Charter, relevant UN Security Council resolutions and the 4th Geneva Convention. Foreign Minister Qureshi called upon the international community, especially the members of the UN Security Council, to stop India from doubling down on its illegal actions in J&K and avoid imperiling the already volatile peace and security situation in South Asia."

The Centre has extended an invite to top Kashmiri political parties - NC, PDP, Congress, Apni Party, CPM  to come to New Delhi for talks to bolster political activities in the Union Territory. The meeting to held on June 24, will be chaired by PM Modi and attended by Lieutenant-Governor Manoj Sinha, Home Minister Amit Shah, Home Secretary etc. The meeting comes in the backdrop of the EC commencing delimitation exercise in J&K which has been extending till 2022. Once the delimitation commission submits its report, the EC would conduct the polls.

Mulling on attending such a meeting PDP chief Mehbooba Mufti, NC chief Farooq Abdullah will chair a political affairs committee (PAC) meeting to decide the same. Congress chief GA Mir said he will consult the national leadership but will attend such a meeting while J&K Apni Party General Secretary Rafi Ahmad Mir too welcomed the move. All parties have denied receiving a formal invitation, but have confirmed receiving a call about the meet - which would be a first, since the abrogation of the special status of Jammu and Kashmir when the State was bifurcated, turned into Union Territory.

WE RECOMMEND
Donations to Taliban rises in Pakistan as US prepares to withdraw troops from Afghanistan
Pakistan: Clashes erupt between Opposition lawmakers & police during budget session
Arrest me if I break law or I'll arrest you: Imran Khan tells Pakistan cops 'no holy cows'
Pakistan: Talks with IMF on $6 billion loan programme 'inconclusive', next tranche delayed
NSA Ajit Doval to share stage with Pakistan counterpart Yusuf at SCO meeting next week