Pakistan's government on Wednesday sent a 50-member delegation of tribal elders to Kabul to negotiate an extension of a truce with the Pakistani Taliban that expired this week, two security officials said. 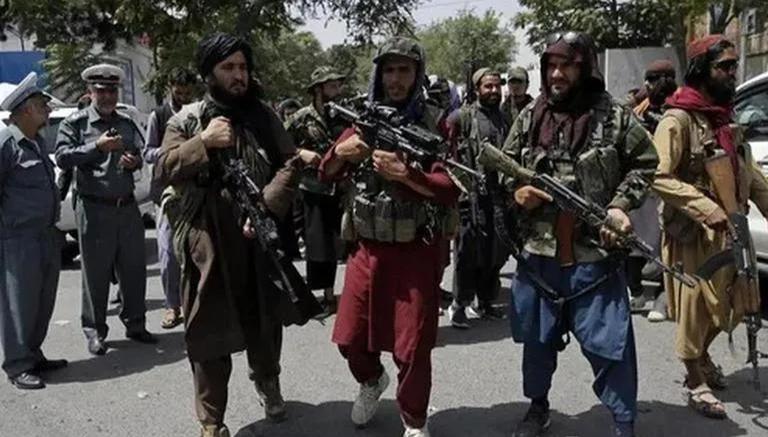 
Islamabad, Jun 1 (AP) Pakistan's government on Wednesday sent a 50-member delegation of tribal elders to Kabul to negotiate an extension of a truce with the Pakistani Taliban that expired this week, two security officials said. Talks between the two sides that led to cease-fires in the past have been mediated by the Taliban in Afghanistan.

The Pakistani Taliban — known as Tehrik-e-Taliban Pakistan or TTP — are a separate group but allied with the Afghan Taliban, who seized power in their country last August, as the U.S. and NATO troops were in the final stages of their pullout from Afghanistan.

The TTP has been behind numerous attacks in Pakistan over the past 14 years and has long fought for stricter enforcement of Islamic laws in the country, the release of their members who are in government custody and a reduction of Pakistani military presence in the country's former tribal regions.

The development comes after the latest cease-fire expired on Tuesday. A similar truce between the TTP and Pakistan, brokered by the Afghan Taliban last November, lasted a month. However, none of the cease-fires have paved the way for a more permanent peace agreement.

Both sides have remained silent about earlier talks in Kabul, the sticking points between them and also about the chances of an extension to the latest cease-fire. Analysts say a more permanent deal could be possible if either side is willing to show flexibility on what is or isn't acceptable to them.

Two senior TTP members who are close to the negotiations also confirmed the arrival of the 50-member team in Kabul. They told The Associated Press that a truce extension is linked to a “positive response" from the Pakistani government. They declined to elaborate and like the two security officials, spoke on condition of anonymity because they were not authorized to talk to the media about the negotiations.

There was no official comment from the Pakistani government or the Taliban in Afghanistan.

The Pakistani Taliban often use neighbouring Afghanistan's rugged border regions for hideouts and for staging cross-border attacks into Pakistan. They have been emboldened by the return to power of the Afghan Taliban, who last ruled Afghanistan in the late 1990s when they imposed their harsh edicts and interpretation of Islamic law, severely restricting the rights of women and minorities.

In Pakistan, the TTP insurgency has been centered in the remote former tribal region, now province of Khyber Pakhtunkhwa, bordering Afghanistan.

Mahmood Shah, a Pakistani security analyst, said the Islamabad government sent tribal elders to Kabul as intermediaries because under Pakistan's constitution, the government cannot negotiate — at least not directly — with those waging an insurgency against it.

Pakistani authorities want an extension of the cease-fire in order to continue the talks, he said.

Shah served as a local official in Khyber Pakhtunkhwa when the military launched operations there after the 9/11 terrorist attacks in the United States, closely liaising between the military and the government side, which allowed for first-hand knowledge of operations against the TTP and other militant groups.

The negotiations in Kabul are difficult, he told the AP, because for the military, any “government-level talks with TTP are equal to converting the military victory into a defeat.” Pakistani officials say the talks with the TTP are being overseen by Lt. Gen. Faiz Hameed, a former Pakistani spy chief who is now the top commander in the northwest.

According to the two TTP members, the group asked Pakistani elders during Wednesday's meeting in Kabul to scrap a 2018 law that did away with the semi-independent status of the former tribal regions that dates back to British colonial rule.

Islamabad is unlikely to give in to such a demand as the law paved the way for granting equal rights to millions of residents in the restive areas once they were incorporated into Pakistan's authority as Khyber Pakhtunkhwa province.

TTP also wants Pakistani troops to pull out of Khyber Pakhtunkhwa, release all the TTP fighters in government custody and revoke all the legal cases against them.

Pakistan has demanded the TTP disband, accept Pakistan's constitution and sever all its ties with the Islamic State group, another Sunni militant group with a regional affiliate that is active in both Afghanistan and Pakistan. (AP) AMS AMS