A recent Pakistani interview video that went viral on the internet was a segment from a popular show, Good Morning Pakistan. 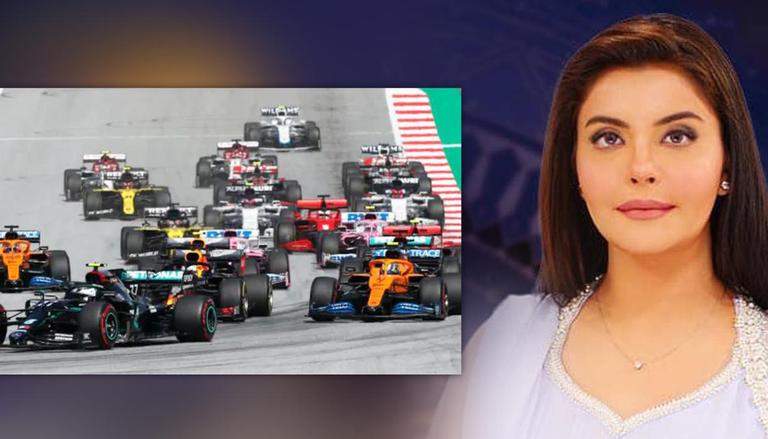 
A recent Pakistani interview video that went viral on the internet was a segment from a popular show, Good Morning Pakistan. Host Nida Yasir's interpretation of the world-famous "Formula One" left netizens giggling in the segment.

In the interview that aired in 2016, Nida asked the guests, "How many people can fit in the car?" The perplexed guests evident had a hard time explaining the dynamics of the world-class auto-racing event. The video went viral after it resurfaced on the internet recently.

'Have you started with one small car?'

The interview session began with the Pakistani anchor seated with two sharply dressed young men. The clip was introduced from the segment where Nida asked "Gari mein kitne log baith sakte hain? (How many people can fit inside the car?)" To which one of the boys replied, stating the obvious, "Only one driver can fit in the car." She then asked them, "Have you started with one small car?" To which, another interviewee promptly responded that a single-seater formula racing car can accommodate only one driver.

However, the comprehensive explanation did not seem to benefit the ignorant TV anchor, who thought "Formula" meant some mathematical model or scientific calculation. "So you have just invented the formula yet? Have you experimented?" she asked curiously. To which the boys tried to provide a rudimentary explanation. However, Yasir completely misunderstood all the explanations and wondered whether the car ran "as fast as the petrol ones." Take a look at the video:

Why this lady didn't Google what Formula 1 is before the show? pic.twitter.com/5rhsFpyuWD

Netizens take a jibe at Nida for her lack of research

The video was shared by Ali Qasim on the microblogging site Twitter and has gone increasingly viral since then. Qasim captioned the video "Why this lady didn't Google what Formula 1 is before the show?" The 35-second clip of the goof-up caught the eyes of the netizens and drew sharp criticism for her ill-knowledge and "dense" journalistic skills. Some even suggested Nida to "stick to" soft stories to showcase her journalistic skills.

So, this is the homework #nidayasir does before inviting guests on her live show! #commitmentToWork 🙄😐 https://t.co/jkB9OY2gjA

A Twitter user criticised Nida for not getting her research on track before sitting for an interview. "So, this is the homework Nida Yasir does before inviting guests on her show," a lady wrote. Another user sarcastically commented that Formula 1 will now make multi-seater cars after Nida's interview. However, there were quite a few who even stood in support of the TV anchor. "Stop bashing Nida Yasir, please. Bro, it's hard to make a non-car person understand car stuff. I'm damn sure many of us googled formula1 after her Interview went viral. So stop being so harsh," one wrote.

Not just Nida, several Pakistani news anchors faced flak for interviews with massive factual errors. In 2019, a news anchor confused a discussion of Apple Inc with the fruit while he was on the air. In the same year, another Pakistani reporter lambasted for dressing as royal emperor and waving a sword while giving a piece-to-camera (PTC) for Lahore-based Geo News.