Abdul Qadeer Khan died on 10 October at the age of 85 after having been hospitalised with COVID-19. He is also known as the “father of Pakistan’s nuclear bomb.” 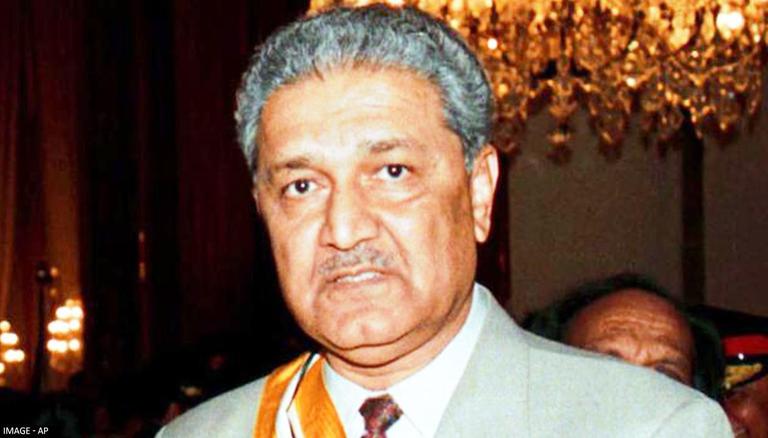 
National hero of Pakistan and nuclear scientist Abdul Qadeer Khan passed away on Sunday, October 10, at the age of 85 after being hospitalised for COVID-19. Also known as the 'father of Pakistan’s nuclear bomb', Qadeer was an atomic scientist who was lauded as a hero in Pakistan for transforming the country into the world’s first Islamic nuclear power. But for the western nations, he resembled a dangerous renegade responsible for smuggling technology to other rogue states.

As per state-run broadcaster PTV, Abdul Qadeer Khan passed away after being transferred to the KRL Hospital in Islamabad, Pakistan, with complications in the lungs. Earlier, he was admitted to the same hospital in August to treat COVID-19, the report added. However, after Khan was allowed to return home several weeks ago, he was transferred back due to deteriorating conditions.

Following his demise, Pakistan Prime Minister Imran Khan and President Arif Alvi tweeted, expressing their grief. While Alvi said that he was "deeply saddened" by the death of the scientist, Pakistan PM noted that he was "loved" by the entire country because of his "critical contribution" in making the nation a nuclear weapon state.

Deeply saddened by the passing of Dr A Q Khan. He was loved by our nation bec of his critical contribution in making us a nuclear weapon state. This has provided us security against an aggressive much larger nuclear neighbour. For the people of Pakistan he was a national icon.

Who was Abdul Qadeer Khan?

Born in 1936 in Bhopal, India, Qadeer immigrated along with his entire family to Pakistan back in 1947 following the partition. Eventually, he emerged to be the pioneer of Pakistan’s nuclear programme that he reportedly led for over two decades.

As per reports, he was a national hero for leading the nuclear programme of the country for at least 25 years. Additionally, he has also founded the Khan Research Laboratories in 1976. He was also its chief scientist and director for several years.

To honour him for the services he delivered for Pakistan, Qadeer was awarded Nishan-i-Imtiaz, which is one of the state-organized civil decorations of the Islamic Republic of Pakistan. The prize is warded for the achievements towards world recognition of the country.

More prominently, Al Jazeera stated that the scientist was hailed for bringing Pakistan neck-to-neck with India in the nuclear field and developing “impregnable” defences.

However, Qadeer was also surrounded by global criticism when he was accused of illegally sharing nuclear technology with Iran, Libya and even North Korea. While he confessed the same on national television, Pakistan’s then-President Pervez Musharraf pardoned the scientist. However, Qadeer was reportedly under house arrest for several years in his palatial Islamabad home.

His health was also a matter of concern especially when he was struck with prostate cancer in 2006. He recovered only after surgery. His house arrest eventually ended in February 2009 but his movement still remained highly guarded, stated media reports. He was reportedly accompanied by authorities every time he left home in Pakistan’s capital.