Former Pakistan PM Nawaz Sharif recently slammed Imran Khan’s PTI and claimed that its victory in PoK polls is “dubious” and will be exposed soon. 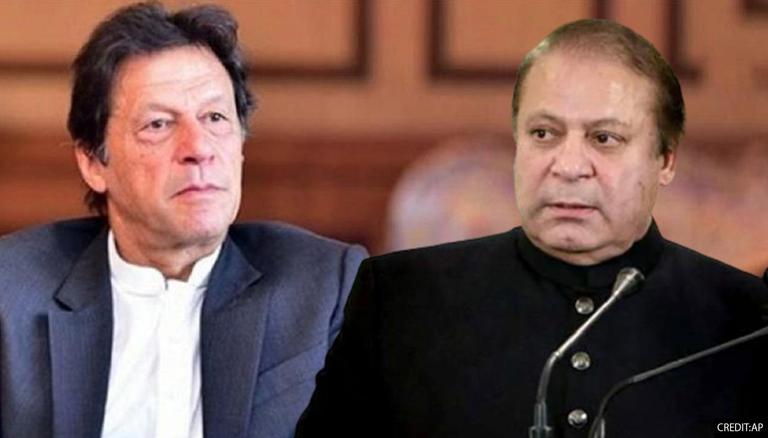 
Former Pakistan PM Nawaz Sharif recently slammed Imran Khan’s Pakistan Tehreek-e-Insaf and claimed that its victory in PoK polls is “dubious” and will be exposed soon. While penning his accusations on Twitter, Sharif said the manner in which the results were obtained in PoK was exposed even before the election. He added that the “dubious nature” of PTI victory in the PoK was obvious from the fact that the six winnings Pakistan Muslim League Nawaz party's (PML-N) candidates cumulatively bagged around 0.5m votes, while the 26 winning PTI candidates received 0.6m votes.

Sharif said, “This struggle is not just to win or lose a few seats, but to free ourselves from the bondage of the violators of the Constitution. And to stand in the right direction of history without compromising one's self-esteem. Any attempt to bridge the gap between PML-N and the people will not succeed, God willing”. 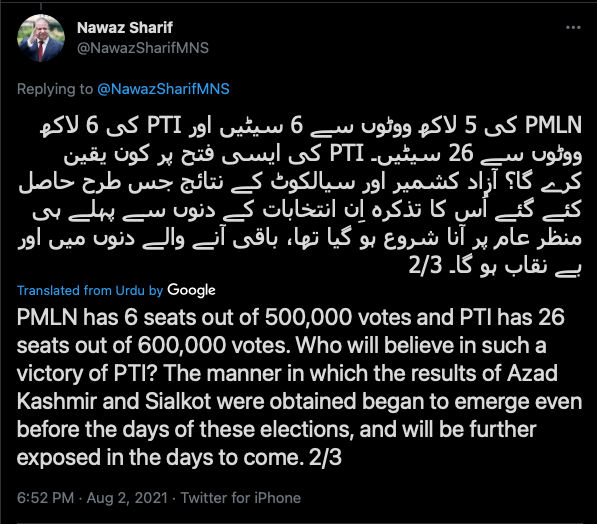 According to ANI, PML-N has decided to hold protests against PM Imran Khan’s party and alleged rigging in recently-held Pakistan-occupied Kashmir's elections. Khan’s PTI, on the other hand, won the majority by bagging 25 seats in the elections. The two recent elections had once again exposed the hollowness of the democratic setup in Pakistan.

Meanwhile, India has termed elections in Pakistan occupied Kashmir as “illegal”.  Indian defence expert, Anil Gaur while speaking to the media clearly stated that these attempts are to hurt the sentiments of the people and Pakistan's attempt to act as the area belongs to them. Gaur also revealed that the United Nations have clearly asked Pakistan to vacate the area and hand it over to the Indian people.